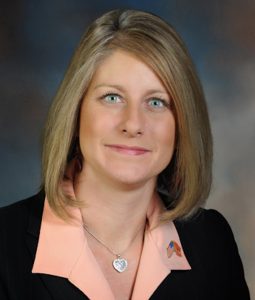 SPRINGFIELD – The longest-serving state legislative speaker in U.S. history will have a challenger from his own party in January.

The Thursday, Oct. 1 announcement that Rep. Stephanie Kifowit, D-Oswego, would challenge Chicago Democrat Michael Madigan as Illinois House Speaker came just an hour before Republicans called a news conference to lay out their next steps in a noncriminal legislative probe of Madigan.

Kifowit’s challenge to the speaker, who has held the position for all but two years since 1983, comes months after utility giant Commonwealth Edison admitted in a court agreement to handing out jobs and contracts worth $1.3 million to close Madigan associates in an effort to curry his favor for legislation that benefitted the company.

After the ComEd news broke in July, Kifowit and a handful of others in the House Democratic caucus called on the speaker to resign his leadership position in the House. But Madigan reportedly called caucus members and said the “candid conversations” produced “positive feedback” which demonstrated “continued support for me and my leadership roles.”

At the beginning of each two-year General Assembly, the House chooses its speaker. A candidate would need a motion and a second to be considered by the body, and the speaker is elected by a majority vote of the 118-member House.

Madigan’s support for the position has been near-unanimous in his party through the years, and when the speaker received a lone present vote in each of the 2017 and 2019 re-election processes, the events made headlines for their rarity.

If House Democrats maintain a supermajority after November elections, Madigan could lose votes from more than 10 Democrats and still have the necessary threshold to get re-elected. 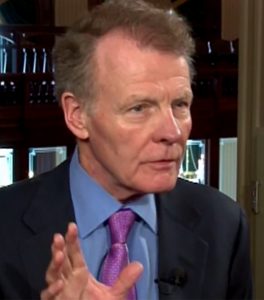 “Based on my values, I was compelled on July 30 of this year to write a letter to Speaker Madigan stating that the right thing for him to do is to step down as speaker for compromising the integrity of the office and undermining the public trust,” Kifowit said in a news release Thursday. “The response from Michael Madigan was to double down and has remained. It is clear to me that he doesn’t hold the same values that I do and falls short of what the public expects from an elected official.”

Kifowit’s comments echoed those of House Republicans who launched a Special Investigating Committee in late August to probe the speaker’s ComEd ties. While Madigan has not been criminally charged and has denied wrongdoing, the House Republicans are seeking to prove through the committee that the speaker has participated in “conduct unbecoming to a legislator or which constitutes a breach of public trust.”

Others in Madigan’s party — including the three Democrats named by Majority Leader Greg Harris, D-Chicago, to the investigating committee — have proven to still be supportive. Reps. Emanuel “Chris” Welch of Hillside, Elizabeth Hernandez of Cicero and Natalie Manley of Joliet have pushed back on claims that Madigan’s conduct was inappropriate.

Welch also resisted a Republican motion to subpoena various players in the ComEd scandal — including Madigan — calling the move premature and “out of order” as he had not seen the subpoenas Republicans were requesting.

Madigan has declined to testify before the committee voluntarily, and the first substantive committee hearing heard testimony from a ComEd official who joined the company after the alleged bribery scheme.

While Welch has said he is taking GOP subpoena requests under advisement, in a virtual news conference Thursday, Oct. 1, Republicans on the investigating committee charged that Welch “seemed intent on raising obstacles to proceeding with subpoenas.”

The three GOP committee members said they had prepared 10 subpoenas for Welch’s perusal ahead of the next hearing, for which Welch has not set a date, citing authority in the Illinois Constitution.

Rep Tom Demmer, of Dixon, a deputy minority leader in the House and minority spokesperson on the committee, said the GOP members would also like to see documents referenced in testimony at the previous hearing by ComEd Executive Vice President of Compliance and Audit David Glockner. 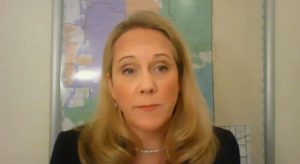 Rep. Deanne Mazzochi, R-Elmhurst, speaks at a virtual news conference Thursday, Oct. 1 in which Republicans once again called for subpoenas of House Speaker Michael Madigan and others to testify before a House special investigating committee. (Blueroomstream.com)

Rep. Deanne Mazzochi, R-Elmhurst, said the testimony of Glockner showed disparities between Madigan’s accounts of limited involvement in his alleged recommendation of Juan Ochoa to the ComEd board of directors and what actually occurred, according to ComEd. Glockner testified before the committee that he is “aware of an email” from an office manager in Madigan’s district office to former ComEd CEO Anne Pramaggiore with a note saying “Speaker Madigan asked me to send this to you.”

“So right now our committee is looking at a profound disparity between what the speaker has said, and what ComEd has testified to under oath,” Mazzochi said. “And there’s many other things that we need to confirm or deny that relates to Speaker Madigan and his knowledge, his authority or lack thereof, and it needs to be done in person, and under oath.”

Madigan, Prammagiore and Ochoa all appear on the Republican subpoena list, along with others indirectly referenced in the ComEd court document.

Asked about Kifowit’s candidacy, the GOP members said she should be applauded for her “courage” and “desire to see Illinois improved,” but they said they also expect others fed up with Madigan to throw their hat into the ring for the speakership.

Mazzochi said this would be a “great opportunity” for Kifowit to show leadership.

“Get your members together, show that you actually have enough of a force that can join with Republicans to say, all right, we’ve got 71 votes, we’re overruling Chris Welch’s decision to not issue subpoenas. Let’s go. Let’s bring everything forward so we can get this process moving again,” she said.

The Republican also said having a new speaker will not mean much if House rules are not amended to give more power to rank-and-file members and less to those in leadership.

“Unless and until I see from the Democrats a full commitment as well that they are going to actually revise the rules so that we can truly have bipartisan legislation come forward, I have concerns about that because what I don’t want to do is change the figurehead and then not change the underlying political structure,” Mazzochi said.

“Members will no longer be marginalized, intimidated, bullied, coerced, subject to microaggressions, gaslighted, you name it,” she said. “Representatives should not be subject to that, and they won’t be when I am speaker.”