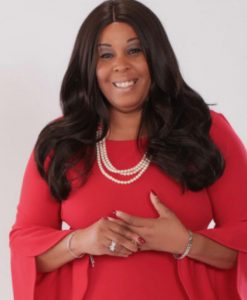 A Belleville politician spurred a heated backlash in the wake of controversial comments she made during a U.S. senatorial forum Feb. 18, comments she later said were aimed at getting “a rise out of people.”

“I was in Hinsdale (Central) High School, Thursday last week. What happened was, I walked in the school, and they had a sticker says, ‘No Guns.’ I walked in the school, I gave the lady my conceal carry card, she looked at it, gave me a sticker,” Peggy Hubbard said in response to a question on gun violence and school safety. “I walked in with a concealed carry, and I had a gun and three clips, and nobody checked.”

Hubbard said she was at DuPage County’s Hinsdale Central High School Feb. 13 for a student-sponsored forum.

Hubbard, 55, is among five candidates running in the March 17 Illinois Republican Primary, seeking the nomination to run against incumbent Democrat Senator Dick Durbin in November.

Twice during her response at the Washington forum in central Illinois’ Tazewell County, she claimed she was carrying a gun while she was at the Hinsdale school forum.

“Inner-city schools are safe because they have metal detectors,” said Hubbard, who said she grew up in the “heart of the ghetto of East St. Louis.”

Hubbard also took the claim to social media, where it was discovered by administrators at Hinsdale Central High School District 86.

The school district’s response was swift and stern.

“First and foremost, if Mrs. Hubbard brought a firearm into the school as she claims, then she knowingly endangered the safety of our students and staff, and did so in violation of state and federal law,” School District 86 Director of Communications Chris Jasculca said in a statement. “As a result, we have officially documented the incident with law enforcement.”

After extensive review of security camera footage and interviews with staff, District 86 could not substantiate any of Hubbard’s claims, and the identification she issued “has no bearing on the fact that possession of a firearm and ammunition on school property by someone who has no authority to do so is illegal, not to mention dangerous and irresponsible.”

Hinsdale Police were also unable to establish whether Hubbard presented any proper conceal carry identification, or prove that she was carrying a gun or gun clips.

“We are unable to corroborate the veracity of statements made through social media as to the type of identification she presented or whether she was in fact in possession of a concealed carry weapon,” Hinsdale Police Chief Brian King said in a statement. “We have since learned that she has since backed away from her earlier claim.”

In a phone interview with suburban Chicago newspaper The Daily Herald, Hubbard stated, “I know what I said, and I was trying to get a rise out of people and I misspoke. I apologize for that, but I did have two clips on me … “I wanted people to know … these kids are not safe in these schools, especially the well-to-do schools in affluent areas. They have a false sense of security.”

In his statement, King said, “I have a very high level of confidence in the security protocols at Hinsdale Central High School. There is a Hinsdale police officer assigned to the school and the district utilizes the industry’s best practices.”

According Jasculca, School District 86 is proactive in terms of gun violence and school safety. Their security officers have a combined 233 years of law enforcement experience, both district high schools (which includes Hinsdale South High School) are equipped with command centers, more than 300 security cameras are stationed at the schools and students and staff on the use of ALICE (Alert, Lockdown, Inform, Counter, Evacuate) to handle the threat of an active shooter.

“We are also very proud of the tremendous amount of work our students put into organizing the debate on Feb. 13,” Jasculca said. “We hope that Mrs. Hubbard’s remarks and actions will not diminish or overshadow the amazing efforts of these students, or discourage any of our student groups from hosting similar events in the future.”