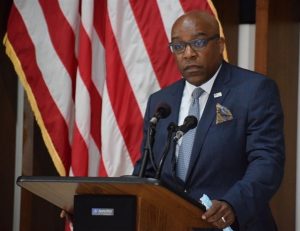 SPRINGFIELD — The Illinois attorney general on Tuesday, June 22 sued a Delaware company that owns the now-closed Vermilion Power Station over claims of illegal pollution at the former coal plant, resulting from the storage of coal ash at the site.

The six-count lawsuit against Dynegy Midwest Generation LLC claims the company’s disposal of coal ash in three unlined pits violated the state’s Environmental Protection Act by contaminating the groundwater with toxic pollutants contained in the coal ash, including lead, arsenic and mercury.

“Dynegy’s actions created a public health risk by contaminating the area’s groundwater and led to the pollution of Illinois’ only nationally-recognized scenic river,” Attorney General Kwame Raoul said in a news release. “I am pleased to partner with Vermilion County State’s Attorney Jacqueline Lacy and am committed to holding Dynegy accountable for harming our environment and putting the health of Illinois residents at risk.”

Long-term groundwater monitoring at the plant revealed that concentrations of certain toxic pollutants — including arsenic, boron, sulfate and iron — exceeded the groundwater quality standards outlined in the state’s administrative code.

The lawsuit, in Vermilion County court, was brought at the request of the Illinois Environmental Protection Agency, which found in 2018 the company’s disposal of coal ash violated the state’s groundwater quality standards.

The IEPA referred the violation to the state attorney general’s office in 2019.

A 2018 study by the Environmental Integrity Project, Earthjustice, Prairie Rivers Network and Sierra Club revealed that high concentrations of toxic coal ash pollutants exist in groundwater at 22 of the 24 reporting coal ash sites in Illinois.

Raoul’s office also filed an interim agreed order on Tuesday that would require Dynegy to prepare a safety response plan for the coal ash ponds at the site, as well as interim corrective actions that would be subject to approval by the Illinois Environmental Protection Agency.

Corrective actions in the interim order include requiring Dynegy to create written scopes of work for a groundwater collection trench and dewatering of the ponds, and to conduct riverbank inspections at the site.

Dynegy would also be required to prepare reports for public meetings where the company will discuss plans for removing the coal ash currently in the ponds.

IEPA Director John Kim said in a news release that the agreed interim order is a vital step in addressing long-standing concerns with the facility’s coal ash ponds.

“The Order establishes necessary timelines for addressing the impacts on area groundwater and the Middle Fork of the Vermilion River, and provides for more meaningful public participation while moving toward the ultimate closure of the facility’s coal ash ponds,” he said in the release.

The interim order has not yet been approved by a Vermilion County judge.

Vistra Corp, which merged with Dynegy in 2018, issued a statement Wednesday praising the agreement.

“Since taking ownership of the former Vermilion plant site from Dynegy in 2018, the company has been clear in its belief that work is needed — work that has stalled for too long without resolution or action,” a Vistra spokesperson said in a statement. “That is why we are pleased to have reached a tentative settlement, pending court approval, with the State of Illinois to move forward with environmental protections at the Vermilion plant site.”

“While we believe certain closure alternatives without removal of all the ash would be protective, given the unique nature of the site and to resolve the pending dispute with the State of Illinois, we have agreed to close all of the impoundments by removal,” the spokesperson added. “Also, given the proximity of the impoundments to Illinois’ only National Scenic River, the meandering nature of the river, and the recreational uses of the river, we have agreed to take the enhanced measures outlined in the proposed Interim Order.”

The attorney general’s lawsuit over the coal ash ponds comes more than two months after the Illinois Pollution Control Board finalized the state’s first coal ash impoundment rules that, in some areas, are stricter than the U.S. Environmental Protection Agency’s coal ash rules.

Those rules, finalized in April, outline the closure schedule for coal ash sites, among other changes to state waste disposal regulations.