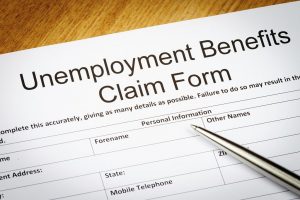 SPRINGFIELD – The unemployment rate in Illinois fell to 11.3 percent in July as the coronavirus pandemic’s grip on the state’s economy showed signs of easing.

The Illinois Department of Employment Security said the number of nonfarm jobs in the state grew by 93,200 in July, to just over 5.6 million. That pushed the unemployment rate down by 3.2 percentage points from the revised level for June. However, that was still 508,000 fewer jobs than the state reported in July 2019, when the state’s unemployment rate was just 3.9 percent.

But Illinois’ July rate was also 1.1 percentage points higher than the national rate.

“While we’re happy to see the unemployment rate and payrolls moving in the right direction, IDES remains committed to serving our claimants’ needs during this continued unprecedented time,” Kristin Richards, IDES acting director, said in a statement. “As we move through this period of uncertainty, the Department is working as vigilantly as possible to rise to the challenge and provide benefits and employment services to those who need them.”

IDES has struggled to keep up with the enormous volume of claims since March.

According to the U.S. Department of Labor, 21,956 workers in the state filed first-time unemployment claims during the week that ended Aug. 15. Although still historically high, that was 978 fewer than the prior week. There were 605,509 people receiving continuing unemployment benefits that week, a 1.9-percent decrease from the week before.

Nationally, however, the number of first-time jobless claims grew slightly to just over 1.1 million last week, an increase of 135,000 over the week before that.

“While data from July demonstrate continued progress in the face of extraordinarily challenging economic times, it’s clear the pandemic is continuing to have an unprecedented effect on our economy,” Michael Negron, acting director of the Department of Commerce and Economic Opportunity, said in a statement. “Evidence from other states has shown that ensuring public health is the quickest way to an economic recovery.”