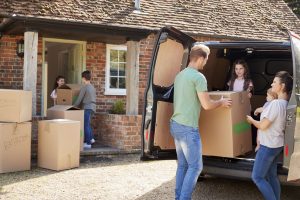 Illinois had the worst population decline of any state in the nation. An analysis showed that that state shrank by 1.3 percent in the 2010s, second only to West Virginia in loss as a share of population. (Flickr photo)

What if every person and then some disappeared from Illinois’ third-most-populated city?

It is not a promo for the “Left Behind” book series or part of a Cold War stump speech aimed at adding to America’s nuclear arsenal. It is simply the equivalent of what has happened to Illinois’ population over the past decade.

Illinois closed the decade experiencing the worst population decline of any state in the nation. According to the U.S. Census Bureau, Illinois shrank by 51,250 residents between July 2018 and July 2019 alone, bringing the state to six consecutive years of population decline.

The drop in state population over the decade was driven primarily by nearly 853,000 residents moving on from Illinois to other states. While Illinois became the new home for nearly 700,000 people during the decade, the difference left the state with a six-figure population deficit and another black eye to treat.

An analysis from the Illinois Policy Institute reveals that the state shrank by 1.3 percent, second in the nation behind West Virginia for loss as a share of population.

Meanwhile, researchers at the Policy Institute, a nonpartisan research organization that promotes smaller government and free market principles, found that if the state had kept pace with national population trends, instead of shrinking, Illinois would have 1.14 million additional residents and $78 billion more in economic activity.

“For the past decade, people have questioned their ability to plant or maintain roots in Illinois,” Orphe Divounguy, chief economist for the Policy Institute, said in a statement. “This uncertainty has manifested itself in year after year of laggard economic performance and population loss leading to Illinois’ worst decade on record.

“A shrinking state means those who stay are left picking up the tab for government spending. If Illinois’ population growth had simply kept pace with the national average, its economy would have been significantly larger. In 2019, that larger economy could have generated as much as $3.45 billion in additional state tax revenues — more than Gov. J.B. Pritzker hopes to generate with a progressive income tax hike. Compounded, it might have been enough to avoid many of the state’s recent tax hikes, which have likely spurred more people to leave.”

The Policy Institute economist said that state legislators have the ability to reverse the downward population spiral through their actions.

“In order to reverse this trend of population loss during the coming decade, Illinois lawmakers need to look at policies that attract and retain residents,” Divounguy said. “Pro-growth solutions that will encourage private investment and give businesses and residents a reason to stay include reining in the cost of government, managing budget instability and protecting against corruption.”

The latest U.S. Census data did not do Illinois’ marketing efforts or the graduated income tax push any favors.

Information from StorageCafe, a nationwide self-storage search website, noted that Illinoisans’ favorite outbound destination was Indiana, with 31,556 people moving to the Hoosier state.

StorageCafe information revealed that the primary origin of newcomers to Illinois was California, which accounted for 8 percent of the total number of new residents. With moving costs starting at $3,600 per move, according to United Van Lines data, the migration route is one of the most expensive in the country.

Overall, the StorageCafe data showed, the national trend is for people to move south, targeting the sea shore and lower taxes.