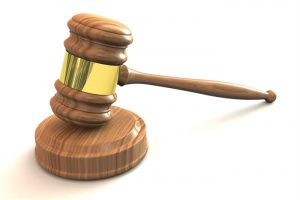 SPRINGFIELD — A federal judge invalidated a nationwide eviction moratorium on Wednesday but the decision will not impact the moratorium on rental evictions in Illinois, according to housing attorneys.

The decision from U.S. District Judge Dabney L. Friedrich involves the eviction moratorium issued by the U.S. Department of Health and Human Services, through the U.S. Centers for Disease Control and Prevention, that applied to all rental properties nationwide.

The CDC eviction moratorium, which was set to expire on June 30, was issued in an effort to prevent the further spread of COVID-19.

Friedrich ruled that federal law does not authorize the CDC to impose a nationwide eviction moratorium.

Gov. J.B. Pritzker’s press secretary Jordan Abudayyeh said in an email the court opinion does not affect the residential eviction moratorium imposed by the governor, via executive order, in March 2020 and extended several times.

Pritzker’s moratorium applies to renters who submit a declaration saying they are unable to pay rent as a result of the pandemic and would be rendered homeless if they were evicted. Eligible renters must earn less than $99,000 annually if filing taxes as a single person, or $198,000 if filing tax returns jointly.

Michael Steadman, a Chicago attorney who represents landlords, said the federal court decision doesn’t impact Illinois because the basis of the Illinois moratorium comes from the governor’s powers under the state statute regarding emergencies.

“The immediate effect of this ruling would be in states and localities that do not have eviction restrictions of their own,” Steadman said.

Steadman said the specific terms of the CDC-issued moratorium do not affect Illinois because the Illinois moratorium is stricter.

Michelle Gilbert, legal director of the Lawyers’ Committee for Better Housing, said the CDC’s eviction moratorium specifically excludes states or municipalities that enact the same or greater level of public health protections than the CDC order.

A very significant difference between Illinois’ moratorium and the CDC’s is that Illinois requires that the landlord deliver a blank declaration form, Gilbert said. 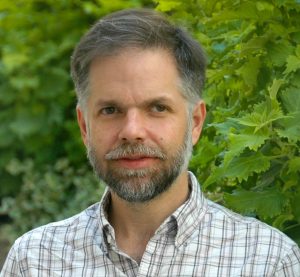 “That seems insignificant like, ‘well you can just print it off the internet.’ But for tenants who don’t know that there’s a declaration requirement, the fact that the landlord has to give it to the tenant and has to go to the tenant five days in advance of giving a notice of termination is really important, because it’s a mechanism for tenants to learn about their right to complete the declaration,” Gilbert said.

Bob Palmer, policy director for Housing Action Illinois, said housing advocates plan to continue to encourage Pritzker to extend the statewide eviction moratorium until enough rental assistance has been distributed to mitigate the effects of lifting the moratorium.

“I think getting the rent assistance dollars that are coming distributed is an important part of being in a position to be prepared to actually lift the moratorium,” Palmer said.

Those federal rent assistance dollars would be distributed primarily though the signing of House Bill 2877, a bill which recently passed both chambers of the General Assembly and was sent to the governor May 5.

The bill would make a total of $556.2 million in rent assistance available to Illinois residents unable to make rent payments due to pandemic-related economic hardship, according to Housing Action Illinois.

According to data from the Illinois Department of Human Services, an estimated 60,000 households in the state are still at risk for eviction as a result of pandemic-related economic hardship.

A new statewide rent assistance program by the Illinois Housing Development Authority is also scheduled to open for applications May 17. Additionally, several local rental assistance programs are in place to provide assistance to renters in need.

Palmer added the state’s current eviction moratorium has withstood legal challenges, and said he is “confident” the governor can extend the moratorium “for as long he thinks is necessary.”

Palmer said lifting the state’s eviction moratorium would be largely contingent on three factors: improvement in statewide COVID-19 cases, the distribution of rental assistance funds, and the signing of House Bill 2877.

“We’re continuing to encourage Gov. Pritzker to extend (the eviction moratorium) as long as it’s needed to protect public health and to avoid a major eviction crisis,” he said.