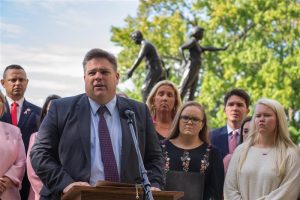 Sen. Chapin Rose, R-Mahomet, speaks outside the Springfield Illinois Police Officers Memorial Wednesday to promote a public safety reform package. He said Democrats have refused to assign any of the bills to committee. (Capitol News Illinois photo by Jerry Nowicki)

SPRINGFIELD – The legislative action was light during the General Assembly’s first week of fall session, and lawmakers in both chambers left town a day early after leadership canceled the Thursday session.

That means bigger items, such as a vote on congressional maps and potential changes to the Health Care Right of Conscience Act and a repeal of the Parental Notice of Abortion Act, will have to wait until next week for substantive action.

Republicans used the light legislative days to make a case against one of the main Democratic agenda items and to push for some of their own — including public safety reforms and checks on the governor’s power — in a series of news conferences.

On Tuesday, the four women in the House Republican Caucus made clear their opposition to repealing the Parental Notice of Abortion Act, which requires that a physician give 48 hours notice to a parent or guardian of a person under the age of 18 who intends to get an abortion.

The law does not require the guardian to give consent, and doesn’t apply if an adult family member waives the notice in writing. Additionally, there are exceptions for minors who are victims of physical or sexual abuse or neglect by an adult family member, if the minor is married or emancipated, or if the provider determines there is a medical emergency. A judge can also waive the requirement.

Sen. Sue Rezin, R-Morris, characterized the issue as one of parents’ rights that is independent of “the typical pro-life vs. pro-choice debate.” Parents should have a right to know when their child is going to undergo a major medical procedure such as an abortion, the GOP senators argued.

Sen. Sally Turner, R-Beason, said repealing the parental notice requirement “will not help the minor but may harm the minor.”  She said a repeal would “make it easier for sexual predators and sex traffickers to abuse our children.”

The ACLU of Illinois countered that claim Wednesday, Oct. 20 in a news release, circulating a letter cosigned by several groups that aid sexual assault victims, such as the Chicago Alliance Against Sexual Exploitation. 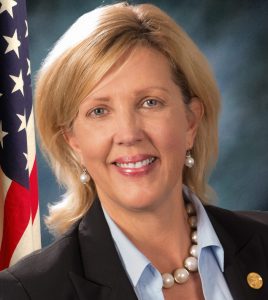 “Repealing the Parental Notice of Abortion Act in Illinois would not result in more child trafficking,” the groups wrote in the letter. “It would also not impact the ability for child trafficking victims to be identified.”

They said the Republican claims “rely on an erroneous belief that parents and/or social networks are always safe and healthy individuals in a young person’s life and that, if notified, they would assist in an intervention to help the young person.”

“However, what we know is that victims are often lured into a trafficking or exploitative situation because they lack parental and/or familial support,” they wrote in the letter. “Traffickers often come along to fill such a void in the young person’s life. In fact, traffickers can be and often are the young person’s parents or family members.”

Rep. Terri Bryant, R-Murphysboro, however, argued that the existing exceptions in the law are protection enough for minors who have been abused.

Rep. Anna Moeller, D-Elgin, who carries the repeal bill in the House, told Capitol News Illinois she still hopes to call it for a vote next week, although she did not indicate whether she had enough votes lined up in support of the repeal.

While Moeller said next week will be a busy one, there’s been no indication that the majority party Democrats will take up the other two matters pushed by Republicans this week — checks on executive authority and public safety reforms.

Republicans from both chambers gathered outside of the Illinois Police Officers Memorial on the Capitol Grounds Wednesday to push for a reform package spearheaded by former prosecutor and current state Sen. Chapin Rose, R-Mahomet.

That package includes a bill that would appropriate $100 million to the Illinois Law Enforcement Training and Standards Board to fund grants to local departments for gang violence, carjacking and motor vehicle theft prevention, as well as officer staffing.

Another bill would eliminate good time sentence reductions for someone who brought a weapon to a penal institution or attacked a law officer. Another would require a prosecutor to provide a written explanation if a weapons offense is plea bargained to a lesser sentence. 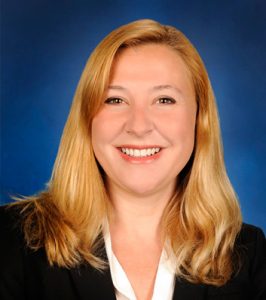 Rose also touted a “10 and life” provision, requiring a minimum 10-year sentence for aggravated discharge of a firearm, use of a stolen or illegally acquired firearm in an offense, unlawful possession of a weapon by a felon, armed habitual criminal offenses or aggravated hijacking or carjacking. A second such offense would come with a life sentence.

The Republicans were critical of a sweeping criminal justice reform passed by Democrats in January that included an end to cash bail in favor of a to-be-developed system that allows pretrial release based on the offender’s threat level.

The sponsors of some of the main provisions in that January criminal justice package —Sen. Robert Peters and Rep. Justin Slaughter, both Chicago Democrats — wrote an op-ed in the Chicago Tribune this week criticizing the GOP’s public safety push. Their op-ed touted a $65 million investment in the Reimagining Public Safety Act that was passed in the budgeting process this year and is “aimed at strengthening community-based approaches to reducing gun violence.”

The letter also signified the Democrats’ lack of willingness to support the GOP bills which still had not been assigned to a committee as of Wednesday.

“If Republicans in Illinois really want to make our streets safer, they should sit down with us and our partners at the local level, get a better understanding of the work already underway in our communities, and offer a genuine and sincere helping hand,” Slaughter and Peters wrote.

House Republicans held their own news conference Wednesday to push for the passage of House Bill 843, which would limit the governor’s ability to issue consecutive disaster proclamations.

Pritzker has issued successive proclamations due to the COVID-19 pandemic since March 2020. In the future, the bill would limit the governor to one 30-day declaration, and if it is extended it would need written approval from three legislative leaders or an affirmative resolution from the General Assembly.

Democrats have shown no indication that they were willing to provide such a check on the governor’s disaster authority, instead allowing him to continue under the Illinois Emergency Management Agency Act without intervention.

“Tacit approval is not appropriate in this situation,” Rep. Dan Ugaste, R-Geneva, who sponsors HB843, said at the news conference. “That does not allow for public hearing and debate that the people of the state get to see and hear and know that their viewpoints are being considered and heard by the people making decisions. It’s still just allowing one person to rule and not allowing the people to have their voice heard.”