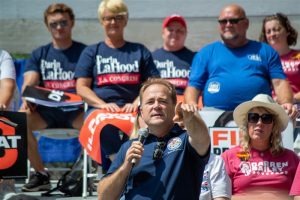 Senate Republican Leader Dan McConchie, R-Hawthorn Woods, is pictured at Republican Day at the Illinois State Fair on Thursday, Aug. 19. He and House Minority Leader Jim Durkin asked a judge to void Democrat-drawn legislative maps in their latest legal filing Aug. 19, while Democrats have asked that the case be dismissed or adjourned until after they approve changes to the maps at the end of the month. (Capitol News Illinois photo by Jerry Nowicki)

SPRINGFIELD – Lawmakers will head back to the Capitol on Tuesday, Aug. 31, to consider changes to the legislative maps that Gov. J.B. Pritzker signed into law earlier this year.

Those maps — which set the new boundaries for the 118 state House and 59 state Senate districts for the next decade — were passed based on survey data in May, as the full U.S. Census block-level numbers were not made available until Aug. 12.

The release of that data, however, appears to show population deviations far exceeding the 10 percent threshold allowed under Supreme Court precedent, so some changes are necessary to put the maps in compliance.

The remap effort, which occurs every 10 years after the census, was a key talking point Thursday for Republicans during their day at the Illinois State Fair, which followed Governor’s Day, a celebration of Democrats, the day prior.

In the run-up to the legislative maps passing, GOP leaders warned that using survey data as opposed to the full census results would lead to the exact problem the maps now face.

But if Democrats would have waited on the census data, they would have missed a key deadline in the Illinois Constitution that would have put mapmaking in the hands of a bipartisan commission and possibly given Republicans a 50-50 shot at mapmaking control.

But Democrats filed a motion on Aug. 19 to dismiss the Republicans’ amended complaint, and another the next day seeking to halt the process until Sept. 1, after the one-day session. 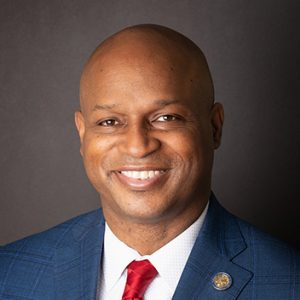 In their court filing to dismiss, lawyers for the Democrats called the GOP effort to send the maps to a commission one “to exploit exigencies resulting from a global pandemic, which were out of the legislature’s control, for political gain.”

The matter is otherwise set for trial at the end of September.

Senate Minority Leader Dan McConchie, R-Hawthorn Woods, characterized Democrats as trying to “pull a fast one” and acting “pure and simple for power” during a GOP breakfast in Springfield prior to Republican Day at the State Fair on Aug. 19.

“We are going to be pressing the federal court to do what the Illinois Constitution says, and that is to send it to the bipartisan commission, where it should have gone in the first place, and have that be the decision maker to actually draw the maps going forward,” he said.

“Our goal has always been to implement a map that is fair and represents the diversity of the population of Illinois,” Harmon said in the statement. “With census data now available, we will take any necessary legislative action with that same goal in mind.”

The Democrats appeared to indicate the session would focus on only state, not congressional mapmaking.

Per the census, Illinois will drop from 18 to 17 congressional districts, and Democrats are expected to draw the maps in a way that would make it difficult for Republicans to maintain the five seats they have now. 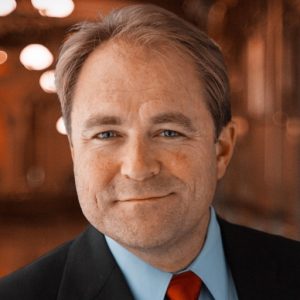 How that map is drawn is expected to play a major role in how the statewide Republican field will shape up ahead of 2022’s June 28 primary, which was postponed from March due to the census delays.

That’s largely because U.S. Rep. Rodney Davis, a Taylorville Republican, is holding out his decision on what to do next until he sees the congressional maps drawn by Democrats.

“My job is to serve the constituents of the 13th District right now,” Davis said. “My ability to continue to do that job is going to depend upon the supermajority Democrats who run the House and the Senate here in the Statehouse, and also Gov. Pritzker who has broken his promise already to the voters of Illinois, that he would not sign legislatively drawn maps.”

While Davis waits to see if continuing his congressional career can remain viable amid a new map, he’s considering a run for governor.

Davis got a speaking spot at Republican Day at the Illinois State Fair along with two of the state’s other sitting GOP members of congress, while the current gubernatorial candidates did not.

The gubernatorial field as it stands includes Darren Bailey, a state senator from Xenia who was a Pritzker antagonist throughout the pandemic, challenging the governor’s executive orders; Gary Rabine, a suburban paving business owner; and Paul Schimpf, a former state senator and 2014 GOP candidate for attorney general.

Davis’ presence in the race could affect other potential statewide candidates as well, including state Rep. Tom Demmer, who said Aug. 19 “nothing’s off the table right now” as he considers a statewide run, although he specifically mentioned the secretary of state’s office.