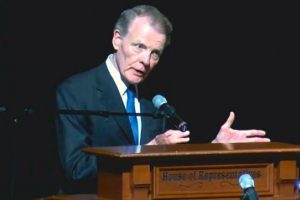 Former Rep. Michael Madigan, D-Chicago, has resigned as chairman of the Democratic Party of Illinois.

SPRINGFIELD – Former Illinois House Speaker Michael J. Madigan announced Monday, Feb. 22 that he is resigning as chairman of the state Democratic Party, a post he has held since 1998.

The announcement came just days after Madigan resigned his seat in the House after a 50-year career in the General Assembly.

“Over the last two decades, we have elected a diverse array of Democrats across Illinois and helped send a hometown Chicago leader to the White House, turning Illinois into a Democratic stronghold in the Midwest,” Madigan said in a statement late Monday afternoon. “Together, we faced conservative extremism and stood up for working men and women. I’m confident the Democratic Party of Illinois will continue to cement our place as a beacon of progressive values.

“My work would not have been possible without the support of my family, Shirley, Lisa, Tiffany, Nicole and Andrew. I thank each of them for their unwavering love and support that has allowed me to do this work for so long.”

Madigan, 78, resigned his House seat Thursday, Feb. 18, a month after he failed to win another term as speaker. He had served as the top officer in the House for all but two years since 1983. 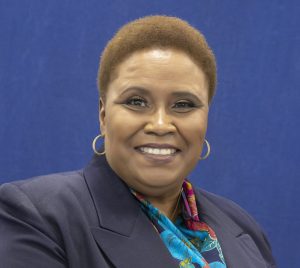 But support for him within the Democratic caucus began eroding after officials at utility giant Commonwealth Edison admitted to a yearslong bribery scheme in which they admitted awarding jobs and contracts to Madigan’s associates in order to curry his favor for legislation benefitting the company.

Madigan has not been charged in that case and has vehemently denied any wrongdoing. But his connection to the scandal prompted other high-ranking Democrats, including U.S. Sen. Dick Durbin, to blame him for key losses in the 2020 elections, including the failure of Gov. J.B. Pritzker’s proposed graduated income tax amendment.

In a separate statement Monday, newly-elected Speaker Emanuel “Chris” Welch, D-Hillside, thanked Madigan for his years of service to the party.

“I have full confidence in the state central committee’s ability to select a new chair. The Illinois Democratic party remains strong, and we will continue our work to create a more equitable state,” Welch said.

Madigan’s resignation from the party chairmanship was effective immediately. His four-year term as a state central committeeman is scheduled to end following the March primary in 2022. According to a press release, party Vice Chairwoman Karen Yarbrough, who is also the Cook County clerk, will serve as interim chairwoman until the 36 members of the state central committee meet within the next 30 days to elect a new chairperson to serve out the remainder of Madigan’s term.

“One thing everyone knows about Illinois is that it’s a reliably blue state in the Midwest and throughout the country, and that’s in large part because of the leadership of Mike Madigan,” Yarbrough said in a statement. “Democrats across Illinois owe Chairman Madigan a huge debt of gratitude for the support, resources and time he’s dedicated to candidates and races at every level. While our party enters a transition and looks to the future, I hope we don’t lose sight of the extraordinary contributions he has made. I thank him for his leadership and wish him the best in his next chapter.”