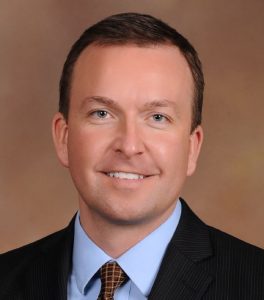 The announcement marked the second high-profile resignation from the state Senate in one week’s time, as Minority Leader Bill Brady, R-Bloomington, announced his immediate resignation on Dec. 31.

Manar announced his resignation shortly after noon Jan. 4 and within 20 minutes Gov. J.B. Pritzker’s office announced he would hire Manar as a senior advisor. Manar will be paid $278,000, annually according to the governor’s office, half of which will be paid out from a limited liability company created by Pritzker to compensate several of his top aides beyond their state payrolls. That company is East Jackson Street LLC.

The rate of pay is more than three-and-a-half times Manar’s Senate salary, which was $79,100 in 2019, according to a state database run through the Illinois Comptroller’s office.

In a statement, Manar said his wife Trista and three children “have only known me as a husband and father who also carries the responsibility of serving as an elected official.”

“They have never known a day otherwise,” he said. “The time has come for someone new to take up the call in the Illinois Senate. Central Illinois is full of outstanding individuals ready to step forward to meet the challenge — be an agent of change in Downstate Illinois.”

Manar would have been up for reelection in the 48th Senate District in 2022, likely facing a difficult challenge in an area that leaned heavily toward Republican President Donald Trump in the 2020 election. He did not respond to a phone message from Capitol News Illinois on Jan. 4.

Manar replaces Nikki Budzinski, who left the administration in February, as a senior advisor.

“Andy is a fiercely devoted public servant with an enviable track record in the legislature. His counsel and friendship have been invaluable over the last two years,” Pritzker’s Chief of Staff Anne Caprara said in a statement. “We are elated that he will be serving alongside this team as we face the challenges of the coming years.”

The Bunker Hill Democrat has served in the Senate since 2012 and was most notably the lead negotiator of an evidence-based funding formula for K-12 education which directs money to the schools that are furthest from funding adequacy based on a number of factors. That reform passed in 2017.

Prior to the General Assembly he served as city councilman, then mayor in Bunker Hill, as well as Macoupin County Board Chairman.

Brady, who resigned ahead of the new year, served as Senate GOP leader since 2017, but members of his caucus elected Sen. Dan McConchie, of Hawthorn Woods, to lead them in the 102nd General Assembly which begins Jan. 13.

Brady served in the Illinois House from 1993 to 2000 and has served in the state Senate since 2002. He also made three separate bids for the governorship, winning a place on the ballot as the GOP’s candidate facing Pat Quinn in 2010. He lost to Quinn by approximately 32,000 votes.

He did not give a reason for his resignation in a letter distributed to members of the Senate Republican caucus. He was paid $96,500 in 2019, according to the comptroller’s database. He would have stood for reelection in 2022 in the heavily Republican area.

“Over the years, our caucus was successful in securing additional funding for our public schools, helping create a tax-credit private school scholarship program for low and middle-income students, standing up against incomes tax hikes that hurt working families, and working tirelessly to improve our state’s crumbling infrastructure,” he said in the letter.

Both senators stepped down after a deadline that would have called for special elections to choose their successors, so local party leaders in the counties within their districts will choose each of the senators’ replacements.

Sen. President Don Harmon, who was voted to that post in January 2019, lauded both outgoing senators in statements distributed by a spokesperson.

“I will miss working with Leader Brady. He has proven time and again to be a results-driven lawmaker and leader. While we have our political differences, he always came to the negotiating table looking for common ground and success, not conflict,” Harmon, D-Oak Park, said as he wished Brady well.

Harmon called Manar a “guiding force for so many lawmakers on so many issues,” noting that Manar served first as a chief of staff in the Senate before being elected to the chamber.

“He’s compiled a lifetime of achievements in what is still a very young career. Atop that list would be the education funding overhaul he led that sets our state on a course for fundamental education fairness, equity and excellence,” Harmon said. “Andy’s been my friend and an invaluable sounding board since my first days in the Senate, and I’m grateful that our friendship is even stronger today. The governor is very lucky to have him. I wish Andy all the very best in his new role.”