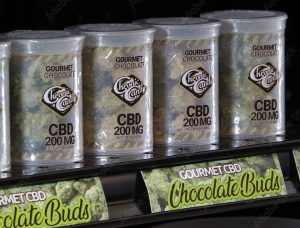 House Bill 1443 would create two new marijuana dispensary lotteries offering 55 licenses each, as well as clearing up ongoing disputes over the fate of licenses that have been held up for over a year.

SPRINGFIELD – The Illinois Senate passed a bill Friday, May 28 creating new licenses and lotteries for marijuana dispensary licenses, addressing issues that have plagued the process set forth by a 2019 law legalizing recreational marijuana.

It passed the Senate in a 50- 3 vote and will be sent to Pritzker for his signature.

The House previously passed House Bill 1443 on May 25. In a written statement after the vote on Friday, Gov. J.B. Pritzker said he looks forward to signing the bill “so that we can begin the next phase creating a cannabis industry that reflects the diversity of all of our people.”

The 2019 Cannabis Regulation and Tax Act required that the original 75 licenses created by the legislation be awarded by May 2020.

“The goal here is to create a diverse cannabis industry with increased opportunities for social equity applicants,” Sen. Kimberly Lightford, D-Maywood, the bill’s Senate sponsor, said during floor debate. “There was a war on drugs that we all know so well, especially those of us in the Black community, there was provisions in the (CRTA) that address that but we wanted to make sure that there was also ownership.”

After just 21 of more than 900 applicants were deemed eligible to participate in a lottery for the 75 licenses, legislative backlash from the Illinois Legislative Black Caucus and Latino Caucus drove the Pritzker administration to pause the lottery and offer the chance for firms who failed to reach the threshold to re-submit their application.

This prompted lawsuits from some of the 21 lottery finalists, who alleged it was in breach of the 2019 law.

The new legislation serves as a compromise, and its sponsors, as well as the Pritzker administration, have indicated the lawsuits will end and the original lottery will go forward upon the signing of HB 1443.

Under the new provision, the first new batch of 55 licenses will be offered through a “Qualifying Applicant Lottery” which would only be open to applicants who scored 85 percent or higher on submissions for the first 75 licenses.

This would provide firms who did not receive a perfect score and were excluded from the initial 75-license lottery, and firms who did qualify for the initial tiebreaker lottery but have not hit the 10-license cap for applicants in that first lottery, a chance to win more licenses.

The second new batch of 55 licenses would be offered through a “Social Equity Justice Involved Lottery.” Those eligible must have scored 85 percent or higher on their submission and must also qualify as a social equity applicant. That means 51 percent of the firm’s ownership must be someone who has lived in an area impacted by the war on drugs for 10 years, have been arrested or convicted of a marijuana crime eligible for expungement, or be a member of a family impacted by the war on drugs.

A firm in either of these lotteries cannot win more than two licenses, while those in the original lottery can still win up to 10 dispensary licenses.

Another lottery of five licenses for medical cannabis dispensaries would also be open to applicants who were eligible for the social equity or qualifying lotteries.