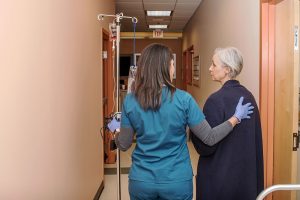 The Illinois Medicaid program pays for the care of about 70 percent of all the nursing home residents in the state, or roughly 45,000 seniors and disabled individuals.

SPRINGFIELD – Gov. J.B. Pritzker signed legislation Tuesday, May 31 that will pump an additional $700 million annually into Medicaid-funded nursing homes, provided they use that money to increase staff and wages in their facilities.

“This is truly a game changer,” Pritzker said at a bill signing ceremony at a Chicago-area nursing home. “… Together we’ve delivered a victory for the communities of residents that you serve.”

The payment reform bill, spelled out in a Senate amendment to House Bill 246, is among the first of its kind in the nation, according to Department of Healthcare and Family Services officials. It passed unanimously out of both chambers of the General Assembly, but only after nearly two years of negotiations between the administration and the nursing home industry — negotiations that at times appeared to reach an impasse.

“I’m just I so proud for this administration and this team that we’ve been able to accomplish this. I don’t think anybody really understands how big of a lift this was, and how much of a change it is,” HFS Director Theresa Eagleson said during a recent interview.

The Illinois Medicaid program pays for the care of about 70 percent of all the nursing home residents in the state, or roughly 45,000 seniors and disabled individuals. 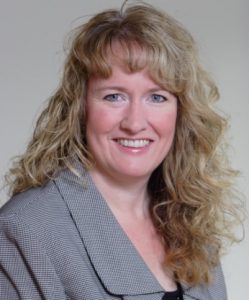 For years, though, there have been concerns about the quality of care those people receive. HFS officials have cited studies showing Illinois has more understaffed nursing homes by far than any other state, a problem driven by high turnover rates and low wages.

That problem became especially acute during the COVID-19 pandemic when nursing homes became the source of multiple outbreaks and accounted for a disproportionate number of COVID-related deaths.

“We know that almost half of all COVID-19 related deaths occurred in our nursing homes at the beginning of the pandemic,” said Rep. Anna Moeller, D-Elgin, the bill’s lead sponsor in the House. “And we’ve heard tragic stories of overcrowding and understaffing that happens in far too many nursing homes, especially in homes located in Black and Latino communities. We learned how COVID-19 only exacerbated an already chronically bad situation.”

Sen. Ann Gillespie, D-Arlington Heights, who carried the bill in the Senate, said that even before the pandemic, many for-profit nursing facilities were reporting profits even as they operated with staffing levels below clinical requirements.

“The data showed long-term care facilities in predominantly Black and Latino communities had among the lowest staffing levels,” she said. “And while the situation worsened during the pandemic, the data was clear that this has been happening well before the pandemic ever started.”

The estimated $700 million in new annual funding is split evenly between state and federal funds. Most of the state’s portion comes through an increase in the state’s nursing home bed tax, which is used to draw down additional federal dollars.

Under the law, nursing homes can qualify for higher payment rates as they hire additional staff to reach certain target levels. The law also establishes new reimbursement rates for services provided by certified nursing assistants, or CNAs, providing them with wage increases based on their years of experience in the profession, rather than their tenure at the specific facility where they work.

The new law also requires more disclosure about the ownership of nursing homes, something that HFS officials said is needed, particularly with for-profit nursing homes. It was also a provision meant to address concerns among nursing home owners that the new payment model could force some nursing homes to close their doors.

“You cannot measure profit if you don’t know who owns a facility,” HFS deputy director Andy Allison said in a recent interview. “Profit, net and loss, is a function of the definition of the business that you’re describing. And you can’t define a business if you can’t define its ownership, and in particular, common ownership across nursing homes. So the fundamental question of viability, access and serving our customers depends on knowing who owns what.”

The new rules still need approval from the federal Centers for Medicare and Medicaid Services, but Eagleson said she is confident of getting that approval.

“They actually came out and talked to us and were asking us how we can help other states move in this direction,” she said.