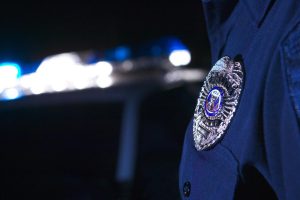 SPRINGFIELD — Law enforcement groups have decried the Monday, Feb. 22 signing of a massive criminal justice reform bill into law by Gov. J.B. Pritzker, referring to the legislation as anti-police with provisions that will lead to unintended consequences.

House Bill 3653, referred to as the “Safe-T Act,” ends the use of cash bail by 2023 and grants increased state oversight of police agencies statewide, among other provisions. Law enforcement and Republican lawmakers opposed the legislation, citing problematic language in some provisions, while maintaining support for the law’s intent.

“We support police accountability, certification measures, robust training, and the use of body worn cameras,” Crystal Lake Police Chief James Black, who serves as president of the Illinois Association of Chiefs of Police, said in a statement released Monday. “We agree with the reform concepts contained in this bill.”

Supporters of the bill, including its chief sponsors and Attorney General Kwame Raoul, have admitted the need for trailer bills to rectify issues in the act’s language, but they have characterized that as a normal part of the legislative process. State Sen. Elgie Sims and state Rep. Justin Slaughter, the Chicago Democrats behind much of the legislation, have said they encourage the participation of law enforcement in bill negotiations.

ILACP Executive Director Ed Wojcicki called the bill the “anti-police bill” in a statement Monday but noted law enforcement was already working with the bill’s supporters “to fix the most serious problems.”

Sims, however, said despite months of pushback he has yet to see what language opponents of the bill would rather see in the law.

“I have heard from and talked to a number of organizations related to different parts of the new law,” he said. “Like others, I am still waiting for specific proposals.” 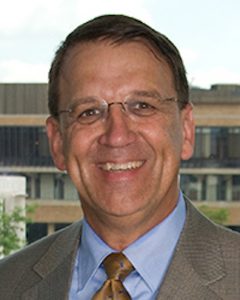 The ILACP, the Illinois Sheriff’s Association, the Illinois Fraternal Order of Police, the FOP Labor Council and FOP Chicago Lodge 7 released a joint statement as the Illinois Law Enforcement Coalition on Monday calling the law a “blatant move to punish an entire, honorable profession.”

“Please don’t let us measure its dismal failure by the shattered lives it produces. We urge all citizens to remember who supported this law, and keep that in mind the next time they look to the police in Illinois for the protection they can no longer provide,” the statement reads.

The Sheriff’s Association created and posted an infographic, shared by the ILACP and other law enforcement groups, that claimed the new law would prevent officers from arresting active school shooters “even though he just shot people moments ago.”

The law restricts the use of deadly force unless the officer or others are in danger, or “such force is necessary” to apprehend a suspect who is escaping arrest and has also “committed or attempted a forcible felony,” such as a school shooting.

Both provisions would allow officers to forcibly arrest an active school shooter.

State Sen. Chapin Rose, R-Mahomet, commented on the post that the bill “does in fact say police will not be able to arrest people,” and that the school shooting hypothetical was “one of the better examples.”

Sen. John Curran, R-Downers Grove, who was a prosecutor for 19 years as Cook County’s Assistant 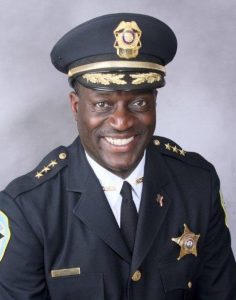 State’s Attorney, has led the official Republican response to the bill.

In an interview Monday, Curran told Capitol News Illinois that Republicans favor the overall intent of the new law, but held three “main points of opposition” to the legislation: the narrowness of the detention statute replacing cash bail, increased restrictions on use-of-force that may place officer’s in danger, and unfunded mandates contained in the legislation.

Not all law enforcement has expressed opposition to the legislation. Hazel Crest Police Chief Mitchell Davis, who serves as vice president for ILACP and a member of the Chicagoland Metropolitan Chapter of the National Organization of Black Law Enforcement Executives, known as NOBLE, appeared at Monday’s bill signing via a live video feed to express his support for the new law.

Davis and other Black law enforcement officials have served as a bridge between law enforcement groups who feel attacked by the legislation and its supporters who feel that is necessary reform that is long overdue.

In a statement earlier this month, Wojcicki referenced a “powerful” conversation he had with Black senior law enforcement personnel, and noted it was “painful to hear” their experience of being mistreated because of their race.

“They think that our association and I should acknowledge that the bill did not emerge from nowhere. It emerged from festering frustration from the black community about personal negative experiences with the police during their lives,” he said in the statement, while praising their ability to shape the conversation in a way that will build trust between law enforcement and the communities they serve.

Davis, at the Feb. 22 event, echoed many of the concerns raised by the Law Enforcement Coalition, calling problems with the new law “unintended consequences” that can be addressed with “technical insight” from law enforcement. Davis praised law enforcement for working diligently to craft new language to be added to the bill, and the willingness of the law’s authors to collaborate with law enforcement.

“We believe that the combination of collaboration and funding are the key to ensuring the success of this bill,” he said. “NOBLE believes that the document being signed today by Governor Pritzker can be the foundation of a living document that can serve as a model for reforms that result in equitable administration of justice for communities around the country. If not us who? And if not now, when?”