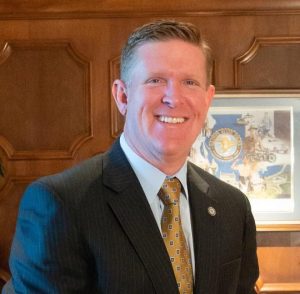 SPRINGFIELD — Representatives of the Illinois State Police say the backlog of forensic evidence in Illinois has been reduced significantly, but the support of lawmakers is needed to further address delays and deficiencies in the process.

Illinois State Police Director Brendan Kelly made those comments to the Illinois Senate Public Health Committee during a Thursday, Dec. 3 hearing on the DNA backlog and evidence processing.

In a January hearing before the same committee, the ISP director told legislators that the average time for processing DNA evidence was 215 days — roughly seven month — and that the number of DNA biology assignments that were older than a year was over 1,300. As of November, Kelly said the average time for processing DNA evidence has dropped to 110 days and the number of cases older than a year has fallen to 196.

The improvement in the rate of processing the backlog was done with a reduced staff as well, he said. Many forensic scientists from ISP were temporarily reassigned to the Illinois Department of Public Health for over four months to assist the state’s COVID-19 testing system.

State Sen. Patricia Van Pelt, D-Chicago, who chairs the Public Health Committee, apologized that the Chicago Police Department and other local law-enforcement agencies were not present at the hearing in response to repeated criticism of the department from community witnesses. Van Pelt said future hearings would involve more stakeholders including municipal police departments.

Witnesses from Youth Opposed to Violence Everywhere, the Illinois Coalition Against Sexual Assault, Missing and Murdered Black Women and Girls and members of the clergy throughout Illinois testified about the community’s frustration with the number of unsolved murders and sexual crimes in Chicago and throughout the state.

“I have personally given up on Chicago Police Department in solving crimes when it comes to Black men or women. I’ve given up,” Rev. Robin Hood, representing Mothers Against Violence Everywhere, said in his testimony. 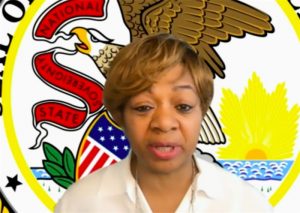 Many witnesses expressed praise for the reduction in the backlog but asked for more to be done on behalf of victims at the local level, such as more transparency regarding the status of DNA evidence in their cases and compassionate communication between law enforcement and the families of victims. Organizers during the hearing also stressed that any commission or legislation being considered to address the DNA backlog should have community representation.

Kelly requested that both houses of the General Assembly pass legislation to create a permanent, full-time commission on forensic science. He said the commission should be made up of the stakeholders on all sides of forensic science, and should be based on SPAC, the Sentencing Policy Advisory Council, which analyzes the consequences of sentencing laws and policies and delivers reports and recommendations based on their findings to the General Assembly, the Illinois Supreme Court and the governor’s office.

The commission could discover new deficiencies in the process and devise ways to solve them. One example given was the removal of 1,200 pending tests in the backlog when it was discovered they were for cases that had already been closed.