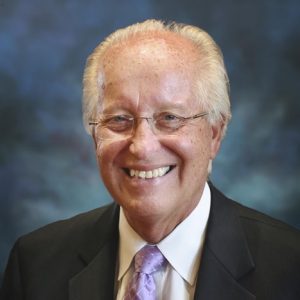 In a one-page document, federal prosecutors allege that Link filed a return for tax year 2016 in which he reported income of $264,450, “when defendant knew that the total income substantially exceeded that amount.”

Link, a Democrat from Indian Creek in Lake County, has served in the Senate since 1997. He currently chairs the Senate Pensions Committee. He also serves on committees dealing with energy and public utilities, insurance, and executive appointments.

He was also still listed as a member of the Legislative Ethics Commission on the Illinois General Assembly’s website as of Aug. 20, but a spokesperson for Senate President Don Harmon said in an email the president had accepted Link’s resignation from the committee.

Link is now the third state senator to be charged with a federal crime in a little more than a year.

In August 2019, Sen. Tom Cullerton, D-Villa Park, former chairman of the Senate Labor Committee, was indicted on embezzlement charges for allegedly being on a ghost payroll of a Chicago-area labor union. He has pleaded not guilty and still serves in the Senate.

And in January, former Sen. Martin Sandoval, a Chicago Democrat and former Transportation Committee chairman, was charged with bribery and tax fraud in a case involving a company that installs red light cameras in Chicago-area suburbs. He pleaded guilty, resigned from the Senate and agreed to cooperate in an ongoing investigation.