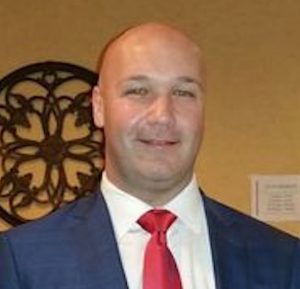 Ten defendants, including the brother of a Chicago Bears legend, have been charged in federal court with conspiring to illegally conduct a multimillion-dollar sports gambling business in the Chicago area.

Casey Urlacher, the brother of Bears Hall of Fame linebacker Brian Urlacher, is among those charged. Casey Urlacher is the mayor of Mettawa and played in the Arena Football League for the Chicago Rush and Nashville Kats.

Brian Urlacher has not been charged in connection with the case.

Vincent Delgiudice, also known as “Uncle Mick,” directed an operation that accepted wagers from as many as 1,000 gamblers on the outcome of professional and amateur sporting events, according to a nine-count indictment returned Feb. 19 in U.S. District Court in Chicago. Delgiudice paid more than $10,000 per month to a Costa Rican sportsbook for use of its platform, and recruited gamblers to place wagers on a website, www.unclemicksports.com, according to the charges.

Delgiudice sometimes communicated with representatives of the sportsbook via an anonymous, end-to-end encrypted messaging application to ensure their communications remained secret, the 28-page indictment states.

The indictment alleges that Delgiudice recruited several individuals to work on behalf of his gambling operation. Agents, such as Casey Urlacher, enlisted new gamblers and worked with Delgiudice to collect or pay out cash depending on the outcome of wagers, the indictment states. Delgiudice paid the agents a commission based on a percentage of losses incurred by the gamblers they recruited, the charges allege.

Delgiudice, himself, sent at least 27 cashier’s checks, totaling $219,250, via FedEx and Western Union money orders for $500 each to the Costa Rican firm, federal officials said.

The website domain firm Sur.ly said the Uncle Mick’s gambling site was created five years ago. The site is no longer operational. 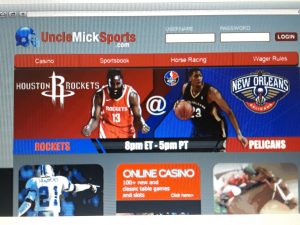 The FBI’s Integrity in Sport and Gaming Initiative led the investigation. The initiative is designed to tackle illegal sports gambling and combat threats of influence from criminal enterprises.

Casey Urlacher has been mayor of the small Lake County town of Mettawa since 2013. He was appointed to the Illinois Civil Service Commission under both Governors Pat Quinn and Bruce Rauner and is still on the panel. Civil Service commissioners are paid $25,320 annually for meeting monthly for hearing and determining employee appeals of discharges, suspensions, transfers, allocations, layoffs and demotions.

He was elected to the Lake Forest College Sports Hall of Fame in 2013.

Along with Casey Urlacher, the indictment charges seven other alleged agents of Delgiudice’s operation with one count of participating in the gambling conspiracy and one count of conducting an illegal gambling business.

Investigators added that on Feb. 1, 2019, Casey Urlacher met Delgiudice in Lemont and paid him money owed for gambling losses.

The 10th defendant, Eugene Delgiudice, also known as “Gino,” 84, of Orland Park, allegedly assisted in the collection or paying out of cash to gamblers recruited by Vincent Delgiudice. Eugene Delgiudice is charged with one count of participating in the gambling conspiracy and one count of conducting an illegal gambling business.

Arraignments in Chicago federal court for all 10 defendants are scheduled for March 4.

Each money-laundering count carries a maximum sentence of 20 years in federal prison, while the other counts in the indictment are each punishable by up to five years. If convicted, the court must impose “reasonable” sentences under federal statutes and the advisory U.S. Sentencing Guidelines.