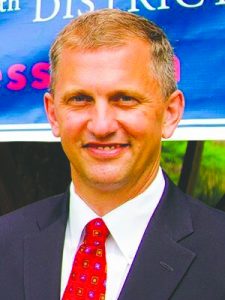 Originally introduced in 2018, the legislation aims to help investors assess climate-related risks, accelerate the transition from fossil fuels to cleaner and more efficient energy sources, and reduce the risks of both environmental and financial catastrophes. It builds on the work of former Vice President Al Gore, who has warned that ignoring the risks of climate change is producing a “carbon bubble” that will have severe economic consequences. 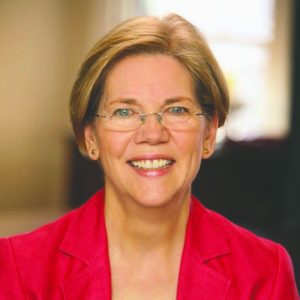 “It’s time to wake up and fight back against giant corporations that want to pollute our environment and ask taxpayers to clean up the mess,” Warren said. “I’m reintroducing the Climate Risk Disclosure Act to give investors and the American public the power to hold corporations accountable for their role in the climate crisis.”

Casten said the climate crisis presents an existential threat to all life on Earth.

“We need bold, comprehensive climate action. Public corporations must take responsibility for the large financial risks posed by the impacts of climate change, while embracing the economic opportunity of being global leaders in developing a clean energy economy,” Casten said. “Our bill utilizes market mechanisms to incentivize climate action by ensuring that corporations disclose the risks posed by climate action to the benefit of their shareholders and the public. I’m proud to introduce this bold climate action bill in the House and am thankful for Senator Warren’s partnership on this issue in the Senate.”

Senator Schatz, chair of the Special Committee on the Climate Crisis, said that publicly traded companies have an obligation to their shareholders to disclose all material risk.

“Climate change is no longer a theoretical problem to be contended with sometime in the future,” Schatz said. “It is here, and it is costing companies money. That cost must be analyzed and disclosed.”

Whitehouse said that minimizing the American economy’s exposure to the worsening effects of climate change can be aided by making sure companies disclose the real risks they face.

“Warnings abound right now,” Whitehouse said. “A lot of financial downside across the economy will be prevented if investors start demanding a faster transition to clean energy and preparation for climate change.”

Smith said that the United States can either lead or follow when it comes to the clean energy transition.

“I believe we should lead,” the Minnesota senator said. “This legislation would help investors know the serious risks associated with our changing climate, and then help us get to work on combating these risks for the good of our public health and America’s economic competitiveness.”

Feinstein said the effects of climate change are already visible as America continues to see more and more wildfires, floods, droughts and hurricanes.

“This threat, and its effects on the private sector, must be made explicit so the public and shareholders can make informed decisions,” Feinstein said. “We have to stop pretending that the harmful consequences of climate change aren’t already before us and begin factoring those into our decision-making.”

Cartwright said the legislation would help Americans understand the risks climate change poses to the companies they invest in and to the American economy as a whole.

“I’ve been proud to work on this issue for years with the U.S. Government Accountability Office, which, at my request, has produced multiple reports on the Security Exchange Commission’s implementation of the 2010 climate change disclosure guidance. I’ve also been proud of my working relationship with Senator Warren to elevate this issue, and I thank Congressman Casten for his leadership in moving this bill forward.”