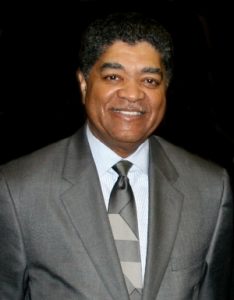 By secret ballot Sept. 15, around 260 Cook County Circuit Court judges will meet in a Daley Center courtroom to select a new Chief Judge. Incumbent Timothy Evans, 73, will ask his fellow judges to elect him for a sixth three-year term.

But this year, Evans has two challengers: Chancery Division Judge Tom Allen, a former North Side alderman and Judge Sandra Ramos, who presides over criminal cases in the Englewood branch at 51st and Wentworth. Judge Evans was challenged one other time in 2010. He easily defeated Judge William Maddux, who has since retired.

“I have learned that other judges may run,” Evans wrote in an Aug. 1 letter to his colleagues “I welcome the challenge.”

Before he donned the judicial robes, Evans was a former 4th Ward alderman who was defeated by Toni Preckwinkle at the beginning of her career. He was briefly a mayoral candidate after the death of Mayor Harold Washington in 1987.  Evans, who was elected Chief Judge in 2001, oversees a $40 million budget and one of the largest court systems in the United States, with 15 sub circuits in Chicago and the suburbs.

He is considered diplomatic and collegial by his fellow judges, but he has been accused of being nonresponsive and of developing an “insider” cohort of favorites who are promoted and protected, according to judges who declined to speak publically.

But one judge was willing to complain openly. In a letter that went public Aug. 2, Judge Sheryl Pethers said she was “hanging up [her] robe” and not running for retention after realizing she didn’t have the clout to move from the Municipal to the Law Division, where she had previously spent 15 years as an attorney.

Without naming names, Pethers, who is paid $187,000 per year, alleged the court was filled with no-shows.

“Yes, my experience has been demoralizing (especially when there are judges who regularly don’t even come to work, but get to choose their courtrooms),” she wrote. 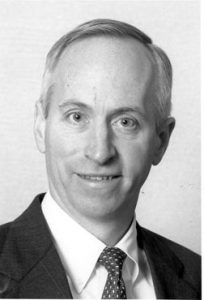 “[Evans] never once returned my calls,” Pethers said. “When I complained a bit about that, his assistant told me to write him and tell him what assignment I would like, and then she’d set up a meeting. I wrote. Never heard a word. Called to set up a meeting. Never got a call back.”

She blamed the fact she was a “nobody nobody sent” for the fact that her requests were ignored.

Evans issued a response to Pethers’ letter: “I am surprised and disappointed that Judge Pethers did not appreciate having an assignment in which she could help to resolve issues involving matters that were crucial to the lives of people who needed her help,” he wrote. “For my part, I believe there is always honor and gratification in service as a judge.”

But criticism of the status quo in the Circuit Courts has mounted over the summer.

Judge Patrick Murphy, former Cook County Guardian, asserted in a July letter to his fellow judges that problems of the circuit court could be solved with “term limits for the Chief Judge.”

“I am not running for chief judge,” insisted Murphy, age 77. Presiding judges and chief judges stay too long, Murphy said. “As a result they form an elite nucleus, which too frequently has battened down the hatches, resisted reform and new ideas, punished those who question their leadership and ignored judges without clout.”

Murphy and other judges said the Court has ignored Supreme Court Rule 39 when Evans selected a small panel of handpicked judges to evaluate around 300 lawyers for open associate judge positions. The Circuit Court judges are supposed to make those decisions, Murphy asserted. After intense screening, 13 associate judges were selected from a pool of 26.

“A tiny coterie of insiders selects 40 percent of all judges in Cook County,” Murphy complained. 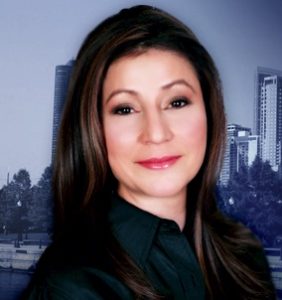 Judge Sandra Ramos said in an interview she was running because she wanted to advance the visibility of Hispanic judges in the system.

“I’m not ambitious and I’m not a politician. I saw a need to do it,” she said.

Ramos is the daughter of Mexican immigrants.

“There are 25 percent Hispanics in Chicago and 30 percent in the suburbs,” Ramos said. “As our numbers grow, it’s important to show a judiciary that is inclusive,” she said.

After an early career in the State’s Attorney’s office, Ramos became a criminal defense lawyer for 17 years and then was sworn in as a ground-breaking Hispanic female judge in 2010.

She asked for her Englewood assignment, she said. “I knew I could make a contribution to rule on cases efficiently, effectively and impartially.”

Ramos said she thought it was time for someone with “energy” to take over the duties of the Chief Judge. “I’m not making light of [Evans’s] age, but he must be exhausted running 15 divisions,” she said.

Ramos said the perception of the current Chief Judge was that there was “preferential treatment” given to some judges, which allowed the “entrenched to move up quickly.”

Ramos lamented the talent lost when judges such as Pethers, were not assigned to their best and highest abilities, she said.

“It doesn’t make sense not to assign judges in their areas of expertise, which they’ve honed as lawyers for maybe 15 years,” she said.

She said she was influenced to run after the December retirement of County Division Presiding Judge Edmund Ponce de León, one of the first Hispanic judges in the history of the Circuit Court, who was not replaced with a Hispanic judge.

“We are underrepresented, and as a person of color, Judge Evans knows what it means to be outside the system,” she said.

Allen practiced law for 30 years, starting in the Public Defender’s office, according to his resume. He served for 18 years as alderman of the 38th Ward and lives in the Portage Park neighborhood. Allen has been a Circuit Court judge for only six years, but was promoted after only three years to the Chancery Division.

In his July 29 announcement to his fellow judges he asked for their votes.

“I will be reaching out to all [Circuit Court judges] to have a conversation and listen to any ideas you have to improve the Courts,” he wrote. “My central building block for improving [the Circuit Court’s] future as a body is simple: COMMUNICATION,” Allen continued. “What do we need to do our jobs better? What works? What doesn’t work? The election for Chief Judge is a golden opportunity for us to have a real discussion about the future and how we can make our court system work better. I look forward to hearing your ideas and earning your vote for Chief Judge.”

The two challengers could present a shakeup to the Cook County court system.

But the incumbent judge is well-liked by many. Evans pointed out in his announcement letter the recent achievements of his administration: Upgraded technology, a new Domestic Violence court, new specialty courts, including drug court, mental health court and veterans’ court.

“I respectfully suggest that no other judge has more passion for improving our system of justice nor fought harder or longer to produce the results that I believe my leadership and experience have brought about,” Evans wrote.