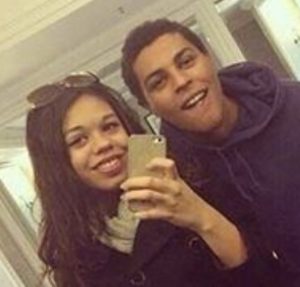 Two days ahead of a scheduled bond hearing for accused killer Heather Mack, federal prosecutors issued a 15-page brief staunchly opposing her release from custody under any conditions, saying, “The weight of the evidence implicating the defendant is overwhelming.”

In their filing, the government disclosed several previously undisclosed facts, including evidence of Mack’s alleged direct involvement in her mother’s killing, and the utter brutality used. In addition, there are numerous references to Mack’s arrests, psychiatric hospitalizations, and her mother’s fear, expressed in numerous emails just weeks prior to the fateful Bali trip, that Heather was “truly out of her mind.”

Prosecutors say that, in what appears to be a recorded conversation at the prison, and in a subsequent recorded phone call between Mack, Tommy Schaefer and a relative of Schaefer, Heather Mack admitted to “covering Von Wiese’s mouth with her hand” while boyfriend Schaefer beat her.

When the relative asked in a later phone call why Mack did that, Mack reportedly replied that “Von Weise had to die because Schaefer would have been in even bigger trouble if Von Wiese survived.” Von Wiese Mack, they say, “suffered more than a dozen blows” to her head.

“These and other admissions indicate that Mack didn’t just conspire to kill her mother, but was directly involved in her mother’s murder,” prosecutors allege.

The filing also makes clear that the government will almost certainly seek a life sentence upon conviction if the case goes to trial.

“It is axiomatic that defendant’s crimes are serious and may lead to many years or even life in prison if convicted,” prosecutors wrote. “Based on the government’s guidelines calculation, the advisory guidelines range is life in prison.”

Should Mack opt to go to trial in July, she will be confronted with her own recorded confessions of guilt. In a footnote, prosecutors made mention of a February 2017 YouTube video in which Mack went into detail regarding both her motivation for and direct involvement in her mother’s murder.

Mack is scheduled to appear physically in court for her detention hearing on Thursday, Dec. 8, at 10:30 a.m. At that time lawyers from both sides will make oral arguments before Judge Matthew F. Kennelly.