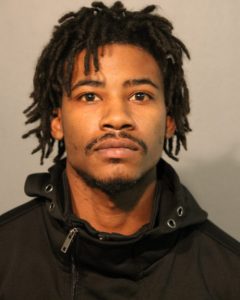 A Chicago man, who is a convicted felon, has been charged in connection with the shooting of a Chicago firefighter.

Williams was scheduled to appear Saturday, Feb. 8 in Central Bond Court, located at 26th Street and California Avenue in Chicago. Results of that initial court appearance were not available as of press time.

Williams was arrested at 10:10 p.m. Thursday, Feb. 6 in the 2800 block of West Irving Park Road in Chicago. He was identified as the individual who shot an on-duty Chicago firefighter just after 1 a.m. Feb. 2 on the 3300 block of West Wilson.

Chicago fire officials said the firefighter was not the intended target but was caught in crossfire.

Officials said the firefighter, who was taken to Illinois Masonic Hospital for treatment, was battling a car fire when the shooting occurred.