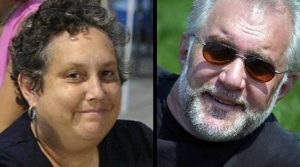 Leslie Ann Jones, 67, and Thomas Johnson, 69, were found dead April 13 in their Oak Park home. Police are investigating their deaths, which have been ruled homicides. (Don Sorsa/HANDOUT)

Oak Park police are investigating the death of a married couple who were lawyers and civically active individuals.

Reynolds said the scene remains an active investigation, but that police have no information to suggest that there is any risk to the neighborhood or community.

“However, in an abundance of caution, police patrols and visibility have been increased in the area,” Reynolds said in a statement.

Johnson and Jones were both partners in the Chicago law firm Johnson Jones Snelling Gilbert & Davis.

Thomas Johnson had practiced law for more than 40 years and litigated at every level of the state and federal court system and before numerous administrative agencies.

“He has played a pivotal role in the development of affordable housing in Chicago and in securing justice for coal miners, truck drivers and others in the labor movement,” his biography on the JJSGD website stated.

He also served as a special commissioner for the U.S. District Court in Chicago and a hearing officer for the Chicago Police Board, Illinois State Police Merit Board and Illinois Department of Commerce and Economic Opportunity.

Leslie Ann Jones was also a graduate of Harvard Law School. She specialized “in federal litigation, real estate, corporate transactions, and zoning,” according to her JJSGD bio. “She was formerly a clinic fellow at Northwestern Law School, teaching trial practice and ethics, and (was) general counsel to a large real estate development and management firm.”

Jones was also a supporter of the arts.

“Leslie was a talented knitter, jewelry-maker, basket-maker, Japanese ink painter and screen-printer,” Kaidrea Stockman wrote on the Oak Park Area Arts Council website. “Her philosophy as an artist and crafter was ‘wabi sabi,’ which translate to “a way of living that focuses on finding beauty within the imperfections of life and accepting peacefully the natural cycle of growth and decay.’ Those who loved her know that wabi sabi was also a mantra in her life at large.”

The Arts Council has established the Leslie Ann Jones Memorial Fund “so that others can find joy and peace in pursuing the arts,” Stockman said.

Donations to the Memorial Fund can be made at:

The Cook County Medical Examiner’s Office ruled April 15 that the deaths were homicides.

Police discovered the couple during a welfare check at 7:30 p.m. April 13.

“On behalf of the Oak Park Police Department, I want to offer our condolences to the family and friends of Ms. Jones and her husband, Mr. Johnson, both of whom are known in the community and beyond,” Chief Reynolds said.

Oak Park police are working on the case with the West Suburban Major Crimes Task Force and FBI.

Anyone with information about the murders is urged to contact the Oak Park Police Department at 708-386-3800. Information may also be provided anonymously by calling 708-434-1636 or going online to www.oak-park.us/crimetip.