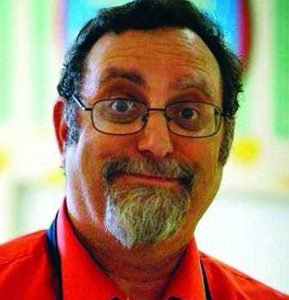 He probably had no choice.

Roberts, 20, is an extremely nerdlike internet creature who finally hit the mother lode in July with the Facebook signup page “Storm Area-51: They can’t catch us all.”

The idea: Like-minded folks would pledge to simultaneously invade the legendary Nevada U.S. Air Force base segment long-rumored to contain alien artifacts or actual aliens, in a can’t-miss effort to find out for sure. D-Day is Sept. 20.

“If we naruto run, we can move faster than their bullets. Let’s see them aliens,” quoth the fashionably semi-literate Roberts on Facebook.

Translation: “Naruto running” is a speedy but awkward-appearing form of ambulation featuring trailing arms. It’s practiced by the anime ninjas who populate the world of a comic book series started in the late 1990s, and a later TV show. It does not seem to actually allow them to outpace bullets, but I’m not sure about that.

“Them aliens” are aliens.

Both of my nephews are among the 1.9 million, at this writing, who signed up to go to Nevada. I can’t see this happening, since it is like pulling teeth to get either of them to visit their adorable, unarmed uncle, let alone face down automatic weapons.

My daughter said she assumes most Storm Area 51 recruits won’t actually go, but a few might. She is one of the 1.4 million who have signed up as merely “interested,” which, in the context of social media, means something similar to “I just want you for a friend,” am I right?

“When this all goes bad, I don’t want my name on it,” she explained. “When Mecha-Hitler takes over the U.S., you know they are going to look for who was a traitor, like the ones who signed up to break into a federal facility.”

Mechanical Hitler, or some more imminent threat, also seems to intimidate Roberts. The Air Force promises to protect their turf with deadly force, and actually killed a fellow at the gate in January.

Roberts appeared recently — wearing a shiny stainless steel headband emblazoned with a symbol associated with the Naruto ninja Itachi Uchiha — to explain for the umpteenth time that he didn’t really mean it, it was just a joke! He said he was then trying to arrange for a music festival to entertain anyone arriving in Nevada, in lieu of tear gas, bullets and truncheons.

I think he had an unfortunate choice of headgear, since Itachi was the character who killed everybody in sight except his brother Sasuke.

But no one will ever find that out.

Personally, I would love it if the space invaders were committed and successful, as long as they didn’t get themselves killed or wounded. I want to know what’s in Area 51, too.

It occurred to me that Roberts, kidding around with our fascination with little green men, had mirrored tactics used during the Arab Spring, when large numbers of idealistic youths stormed the streets to overthrow their awful governments, leading to their replacement with different awful governments.

Sometimes my imagination drifts so far that I picture that happening here. But the people who protect our government are extremely well-armed, and I would hate to see them wipe out an entire generation.

I told a local activist about the Storm Area 51 movement, and asked him what it brought to his mind.

“Are you kidding? You know, the alien thing in Nevada.”

He thought a moment.

He was referring to the day in 2018 when iconoclastic priest Michael Pfleger announced that things were so bad on Chicago’s South Side that a significant segment of the population should go walk for a while on pavement usually consigned to speeding motor vehicles, to attract attention. As Goodman said, this happened.

That was not how I expected him to answer, however.

Goodman and several fellow travelers have journeyed to the border with Mexico and elsewhere several times in recent months, to make their presence known at the lockups used to hold thousands of asylum seekers, including children, who are apparently too dangerous to be sheltered in dormitories or other more human-friendly housing.

At times, there are several hundred protesting people outside the little-kid kennels.

They’ve stirred things up, but have never been able to successfully press their demands to personally check on what’s happening inside.

But wouldn’t it be so great to get in to see? There are so many protesters waiting just outside the doors …

But he’s never going to rush the door. He’s one of those peacenik gun-control guys, and he abides by the precepts of non-violent resistance.

So do the rest of the protesters. They’re noisy, but polite, just like us. When our governments tell us we don’t get to see, and we don’t get to know, we file under the Freedom of Information Act. We don’t break down gates.

We agree that sometimes government activities have to be secret to protect the privacy of various entities. Those include the governments themselves, of course.

Did you ever hear a rumor that one of the teachers in your kid’s school did something horrendous, and you went to the school board meeting to find out what was going on?

“That may or may not have happened,” the school board president announces. “If it did, we would discuss it in closed executive session after the public meeting. If it didn’t, we will be discussing other things in executive session that you haven’t even got a clue about.

“If we fire anybody in our meeting, we will come out and tell you afterward. But we probably won’t tell you why. And anything else we do, we definitely won’t be telling you about. But you’re free to wait in the hall until we’re done, on the off chance we will explain something worthwhile.

“And by the way, do you see those big cookies on that table? Don’t take any of them. Those are our cookies.”