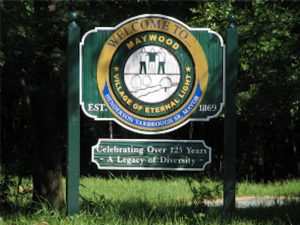 Maywood’s only gaming bistro is a step away from operating into the early morning hours.

Lacy’s Place, located at 611 W. Roosevelt Road, only needs Village Board approval and it will be allowed to operate until 2 a.m. Currently, the facility, which has video gaming machines, closes at 11 p.m., closing time under the village’s regulations governing the facility.

However, extended hours can be requested under a provision in a village ordinance, and Lacy’s is taking the village up on that availability.

Members of the village’s Local Liquor Control Commission gave their thumbs up for the bistro’s proposed extension in operating hours at a meeting last week.

If approved by the Maywood Village Board, the facility would be allowed to operate from 11 a.m. until 2 a.m. daily.

However, residents said “no” to the expansion of gaming in the village in an advisory referendum last fall; and although only advisory in nature, village trustees took the referendum as a mandate from the public and passed legislation to not allow any additional Class M liquor licenses.

“Extending from 11 p.m. to 2 a.m. will suffice for our business,” said Brittany Brooks, one of the bistro’s owners.

Brooks had sought for the facility to open at 7 a.m. and close at 1 a.m. However, that early start time would be contrary to both the village ordinance and the extended hours provision, meaning that it would not be possible without amending the village codes.

Plus, the 7 a.m. start time did not sit well with some of the liquor control commissioners.

“You are the only such entertainment license we have and there is a reason for that … I think that is too early,” Commissioner Keith Moore said of the proposed 7 a.m. start time.

Moore felt the early start would not be a good thing for the community, especially with a veterans’ center right next door to the facility,

Brooks said that Lacy’s has a good relationship with the veterans’ center and that many veterans come over to the bistro, gamble and eat for free.

Moore said one of the issues the veterans center assists clients with is gambling. He said some veterans from the center are not supposed to be in the bistro, but added “if they are eating, they are probably not gambling.”

Commissioner Mary “May” Larry said she saw no reason to consider changing the village code at this time to provide an earlier start time for Lacy’s.

“I want to stay with the code,” Larry said.

“People are sitting and waiting at the other establishments at 7 a.m.?” she questioned.

The Lacy’s representative said that she was unaware of the village’s code when she requested the 7 a.m. start time.

Village Clerk Viola Mims said that the Police Department reported having no problems with the business during its first 11 months of operation.

“We provide a safe environment for all our clients in there,” Brooks said, noting that there is a buzzer system for entry into the facility.

The Village Board could address the proposed extended hours of the bistro as early as their meeting next week (Nov. 21).