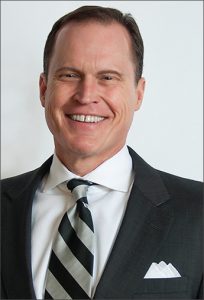 After only nine months of new leadership, the faculty of Morton College in Cicero gave new college President Stan Fields a vote of “no confidence” at a September faculty meeting.

Fields, a former Berwyn South D100 elementary school superintendent, was “autocratic,” “adversarial” and “unqualified,” said a faculty letter to the Morton College Board of Trustees. Furthermore, Fields “created an atmosphere of fear and distrust,” the letter said.

Fields had clouded transparency by not sharing enrollment and state funding data with faculty stakeholders. Finally, Fields had embarked on an aggressive plan to remodel the student library without consulting faculty, the letter said. Much of one floor would be converted to administrative offices and the project would result in “the removal of more than 80 percent of the circulating books.”

The board received the letter at its Sept. 28 board meeting and responded in writing to faculty complaints. Fields also sent around an emailed response.

With accreditors from the Higher Learning Commission in the midst of an every- four-year evaluation of the school, the faculty vote surely set up a flare that something is amiss at Morton. HLC evaluators started their two-day site visit Oct. 17.

But faculty members would not comment on the record, saying they had been told to direct press inquiries to Morton PR spokeswoman Blanca Jara. Jara asked for a list of emailed questions, and then declined to respond further to emails or phone calls from the Cook County Chronicle.

Not all faculty members participated in the no-confidence vote, according to two sources who asked not to be identified fearing retribution. Of Morton’s around-60 full-time faculty, 26 cast their votes in favor while one voted nay. One faculty member abstained, the sources said. Other members were not present at the vote.

Fields was controversial on Morton’s campus before he even got the job.

In September 2015 when Fields was short-listed for the president’s position, some faculty members were worried about a Chicago Tribune profile describing him as a “merry-go-round superintendent” who was hired but then fired early by four different high-school districts, collecting generous severance and vacation pay on the way out. Others complained Fields lacked college-level experience, and might not understand the university operation principle of “shared governance.” Shared governance in higher education is defined as a cooperating system among equals, where tenured faculty collectively choose the direction of the institution, guided by administrators whose role is to provide support. While the concept is difficult to pull off at most post-secondary institutions, Fields’s clashes with the faculty were almost immediate according to the no-confidence letter.

In January, the letter said, Fields’ introductory speech to faculty and staff was insulting and retaliatory when he “explicitly claimed the college has a ‘cancer within.’” Communication broke down when Fields changed the format of a faculty “seminar day” and did away with yearly data presentations to stakeholders about enrollment, budgeting and state funding, which he deemed “administrative trivia,” the letter said. Fields took organization of the seminar day away from the Faculty Development Committee and made puzzling speaker choices, scheduling speakers specializing in K-12 education, the letter added.

Fields alone also restructured the college’s organizational chart with no input from faculty or staff, consolidating jobs and even eliminating entire offices, the no-confidence letter said. Allegedly to save money and better use staff, Fields merged the office of the student ombudsman with that of the human resources manager. The letter also said that the Financial Aid office, bookstore and the theater department would now be under the eye of a supervisor from the campus police department.

But it was shrinking the library that shocked faculty the most.

“[Fields] has undertaken expensive and disruptive remodeling projects without consulting — or even informing — the affected academic administrators or faculty,” the letter continued. Faculty expressed despair that Fields had planned and proposed a “New Student Service Center designated for the second floor of the library” which was presented to the board for approval without any faculty input, the letter said. The library project would purge most of the books from the facility, the letter said.

Finally, when students attended a public meeting to complain about the changes to the library, Fields and an unnamed vice president accused the faculty of “planting” students to speak out, the letter said.

The letter warned that the school was not following shared-governance principles expected in a Higher Learning Commission-accredited institution.

Any institution receiving federal money or where students receive federal financial aid must be accredited, or lose the funds. Four years ago, site visitors of the HLC put Morton College on “notice,” which meant a list of actions needed to be taken before full accreditation could take place.

In December 2014, College of DuPage was put on “probation” status for two years by HLC after “findings from an Advisory Visit,” according to their website. Non-transparent and preferential financial practices by the board and president were revealed in Chicago Tribune articles and elsewhere. “This action was taken because of concerns related to ‘operating with integrity and governance of the College,’” the HLC accreditors wrote. The college was given two years to clean up its act and will submit an “assurance filing” next February.

Meanwhile, back at Morton, after receiving the no-contest faculty letter, the Morton board issued a statement saying board members were disappointed.

“We were blindsided by this abrupt decision,” the board letter said. The board stood behind Fields. “We … stand committed to supporting Dr. Fields and his vision for a stronger Morton College,” the letter said. The board encouraged faculty members to continue to explore ways shared governance could be better practiced.

Then Fields himself contacted faculty members by email. While he didn’t exactly apologize to faculty, he acknowledged he needed to be a better communicator.

“We are a campus of diverse voices, all of which deserve to be heard,” Fields wrote.

“From day one, I pledged to work with everyone to make sure [the shared governance] model exists at Morton College. If I have fallen short of that during my brief tenure, that needs to be addressed by improving our internal communications,” Fields wrote.

He pointed out that the college had hired a “public relations community outreach director” (Spokesperson Blanca Jara’s official title) and that advisory committees of students and faculty were forming to address quality of life at the college.

“I have read your letter and understand your concerns,” Fields wrote. “I also recognize that we share the same goals for our College and, most importantly, for our students. I look forward to continuing this dialogue and earning your trust as we work toward those goals together.”

The Chicago-based Higher Learning Commission has been accrediting Morton College since 1927. HLC Spokesman Steve Kaufmann said in an email, “HLC does not comment on accreditation processes currently active with member institutions.”

The process includes a self-study, a call for public comments and finally the site visit.

Morton’s site evaluation ends this week and the commission will issue a recommendation sometime in the spring.

Faculty Assembly Chair Steven Ginley said he could not speak specifically about the no-confidence vote. “I am certain that everyone, regardless of their stance on this issue, is sincerely committed to providing Morton College students with the best possible education that will prepare them for successful lives,” Ginley wrote in an emailed statement.

“I’m counting on that common ground of agreement to produce a viable solution that will leave Morton College stronger than it was before.”

Read the current digital issue of the Cook County Chronicle