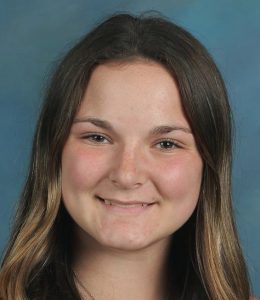 Mundelein High School sophomore Dempsey Young has been chosen as one of three finalists in a Fatherhood Essay Contest sponsored by the Illinois Fatherhood Initiative.

She was chosen from a field of more than 2,700 entries. She and her soon-to-be stepfather will be honored at an IFI Fatherhood Dinner scheduled for Aug. 12 at the Union League Club of Chicago

“She wrote this essay for class earlier this school year about her relationship with her stepdad,” said Angela McLaughlin, who co-taught Young along with Leah Kolcz in an English 2 course.

Dempsey made the first cut from 2,700 to 130 semifinalists and was then chosen as one of the three awardees.