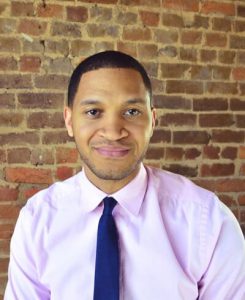 Oak Park and River Forest High School teacher Anthony Clark announced he would be running for U.S. Congress in the 7th District in the 2018 primary for the seat now held by U.S. Rep. Danny Davis (D-Chicago).

Clark, 34, was nominated to run under the Brand New Congress political action committee, a crowd-funded candidate support system founded by “Bernie volunteers” that seeks to nominate 400 new candidates for U.S. Congress in 2017.

Clark is the founder of the Suburban Unity Alliance, a community group designed to promote racial harmony in Cook County suburbs.

After being nominated, Clark said Brand New Congress reached out to him about two months ago.

“I wasn’t thinking about being a candidate,” Clark said. “But I was trying to find better ways to further impact our communities. BNC learned more about me, and it seemed like a perfect fit,” he said.

The organization is run by volunteers, according to the website. The idea is to make staffing and campaign decisions in bulk for all candidates, so the candidates themselves can spend time connecting with voters and are not beholden to financial donors. Brand New Congress seeks to support both liberal and “Tea Party” candidates.

“It’s a grass-roots effort of people over politics and people over party,” Clark said. “All of our funding comes from people instead of politicians, so we’re not beholden to party ideology and party discipline. The only individuals I’m answering for are in the community.”

On his campaign statement website, Clark said he grew up in a blue-collar family and his parents did not attend college. 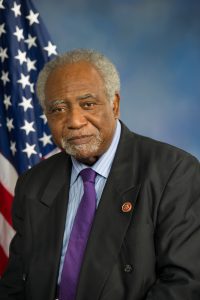 “My grandfather always said public service is the rent you pay to live on this earth,” Calrk said. “But I’m now looking at rent-to-own.”

He served six years in the U.S. military and then attained two master’s degrees in criminal justice and education. Clark teaches special education at OPRF, where he said his students inspire him to ask the right questions.

“My students challenge me every day to be the best I can be. They put issues and concerns into perspective and force me to decide how much I am willing to fight for their futures,” he said on his campaign website.

“I thank him for his service, but it’s time for a change,” Clark said. “We need a paradigm shift, a bold vision that’s engaging the community with policy and action.”

Cook County Commissioner Richard Boykin, Davis’ former chief of staff, said Davis was already a progressive candidate and had a track record of voting for most of the issues Chicago’s progressive Democrats support.

“Congressman Davis has done a tremendous job,” Boykin said. “He’s a liberal. There is not room to the left of him.”

Boykin said Davis endorsed Hillary Clinton instead of Bernie Sanders in the 2017 Democratic primary because “[Clinton] was the better candidate.”

Boykin himself supported Clinton as a Democratic delegate in 2008, against Barack Obama, he said.

“Anybody can run [for U.S. Congress], as long as they meet the requirements set out by the law,” Boykin said. “Sure, let them put their ideas forward. But as far as Congressman Davis is concerned, I’m going to support him 120 percent.”