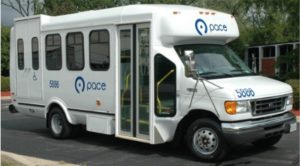 Following an extensive audit by Pace and an investigation by the Governor’s Office of the Executive Inspector General, the township fired one employee, established improved records controls and conducted an upgrading and expansion of its special transportation program.

The investigations by Pace and OIG showed that the township had overreported actual ridership by more than 60,000 rides between January 2012 and March 2016. The OIG said the overreporting was “over a third of the ridership reported to PACE over this period.”

That resulted in an overpayment to the township of $131,890, for which the township reimbursed Pace. Township officials were granted a four-month extension of the existing intergovernmental agreement through this April, in order to allow it time to organize its own in-house program and purchase needed extra vehicles.

The OIG report concluded with a suggestion that Pace “may want to consider taking additional steps to ensure other Dial-A-Ride service providers are not also falsifying or systematically miscounting ridership.”

However, Pace spokesman Maggie Daly-Skogsbakken said Wednesday that the Oak Park township case was an aberration among the many governmental units with which Pace works.

“I believe this is a unique, one-off situation,” Daly-Skogsbakken. “In my 11 years (with Pace) I’ve not heard of this happening.

One year later, her successor, Pamela Mahn, wrote in the April 2017 report that the township had given 21,716 rides the previous year, a 45 percent drop.

In April the township fired its transportation coordinator, Jeremiah Mabon, “for failing to follow proper procedures and maintain accurate records.” Scully-Simpkins retired around the same time.

Mahn has since hired a new transportation coordinator, Charles Barnes, who has instituted new training and tighter controls on record keeping.

Pace’s intergovernmental agreement with the Township paid it a $3 per ride subsidy for “Dial-A-Ride” services to senior citizens in Oak Park and River Forest. According to the OIG, Pace officials first became aware of discrepancies with the township transportation program’s reporting in 2012, when Pace initiated what it said was a “random audit” covering several days of township bus ride documentation.

Pace determined “the Township was including rides for people who scheduled a ride, but did not receive a ride.” Expanding their audit to include the first eight months of 2012, Pace found the overreported ridership was 14,312, resulting in an over payment of $45,000.

The funds were repaid, and Pace ultimately concluded that the township’s original overreporting in 2012 was “due to a misunderstanding of how to count ridership, and also because other work took priority.”

Pace officials sent a letter to the Township directing that, “people who do not get on a bus should not count toward ridership,” and a Pace employee visited the township and told employees, including Mabon, the same thing.

Scully-Simpkins personally ran a training session in January 2013, during which she, “taught (bus drivers) to put a line through the names of people who do not show up for the rides.”

But in December 2015 Pace received a complaint alleging “flagrant fraud and waste of taxpayer money,” among other allegations against Mabon. The complaint specifically alleged Mabon  made his drivers “falsify documents to inflate ridership by hundreds of rides a week.”

Investigators called Mabon’s explanations for the overreporting “not credible,” saying he used the same excuse in 2016 that he had used after Pace’s 2012 audit, that he “counted ridership as he’d been trained to do (that is) if a driver goes to a location to pick someone up, that person counts as a ride, whether or not they actually get on the bus.”

Township drivers the OIG questioned said that no drivers wanted to submit false documentation, but that Mabon allegedly pressured them to falsify records and “they were afraid to do anything about it,” believing their jobs were at risk.

One driver said he had been falsifying records since he began and that he trained other drivers how to falsify records. “This was how things were done,” he said.

Some of the falsified reports had an old-style Chicago election fraud feel about them. One township senior died in August 2014 yet was counted as a passenger in township bus records until January 2016. A second died in February 2011, but continued to be listed on route sheets during the more than three-year period audited by Pace, “almost daily.”

Scully-Simpkins told investigators she trusted Mabon, a 15-year township employee, “because he’d been in the transportation business a long time.” She said she did not understand why Mabon would choose to allegedly falsify reports.

Mabon told investigators that Scully-Simpkins told him he “needed to keep ridership up so that the Township employees could keep their jobs,” though he added that she “did not tell him to count people that were not actually receiving rides.”

Scully-Simpkins, who wrote Mabon’s annual performance evaluations, did allow that he “might have started inflating ridership” in response to her publicly criticizing him for low bus ridership. She told the OIG that Mabon’s numbers were “impressive” and “likely contributed to his positive evaluations.”

Oak Park Township Manager Gavin W. Morgan saw he could see no reason for Mabon’s actions, given that Mabon had no access to township funds.

“We do not understand the motivations for what he did,” Morgan said Thursday. He said the township never pressured any employee to keep rides at a certain level, saying, “If we felt there weren’t enough people taking advantage of our services, we would find ways to promote it.”

Morgan said he doesn’t know who informed Pace of the irregularities, but said he was informed by a township employee around the same time an OIG investigator contacted him.

“An employee brought it to our attention and we took action immediately,” he said.

Morgan said that while he would obviously have preferred to make the needed changes without going through the embarrassment of being investigated, things have actually turned out for the better.

He said Mahn and Barnes instituted new training and have put together an in-house transportation program that in some ways is an improvement over the old system, despite the loss of some $120,000 in annual Pace subsidies.

“It’s really not been a negative impact,” Morgan said. “I’d venture to say we’re more efficient. All our riders have a card they have to swipe on the (vehicles) and at the (township) lunchroom.”

Morgan said there’s also more flexibility to serve a wider population now that they are not bound by their agreement with Pace.

“We’re now able to meet some of the needs of our Youth Services programs,” he said.