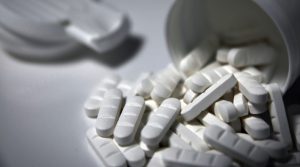 A suburban man has been sentenced to 15 years in federal prison for his role in transporting fentanyl and other drugs to the United States from China and selling it on the streets of Chicago.

“Fentanyl is a powerfully lethal opioid which the defendant brought to the streets of Chicago,” Assistant U.S. Attorney Terry Kinney argued in the government’s sentencing memorandum.  “Words cannot begin to describe the horrific damage that fentanyl has unleashed upon American society.”

“Criminals like Burgos are profiting from deadly addictions, and the snares of these addictions entrap more people every day,” said Homeland Security Investigations Special Agent-in-Charge James Gibbons. “Let this sentence serve as a reminder that HSI will work tirelessly with its law enforcement and judicial partners to bring to justice those who supply our streets with fentanyl and other deadly synthetic opioids.”

Burgos admitted in a plea agreement that in the summer of 2017 he worked with Rolando Estrada to transport fentanyl, fentanyl analogues, heroin and cocaine via mail from China to Chicago. At the time, Estrada, formerly of Elmwood Park, was residing in Mexico and had ordered the drugs via the Internet. After selling the fentanyl and other drugs in the Chicago area, Burgos used bitcoins to pay Estrada a portion of the proceeds.

Estrada was also charged as part of the investigation. He was arrested in April 2018 in Querètaro, Mexico. After being extradited to Chicago, Estrada pleaded guilty to federal drug charges in November before U.S. District Judge Ronald Guzman.  Estrada admitted in a plea declaration that he trafficked cocaine and a fentanyl analogue in the Chicago area in 2015 and 2016.