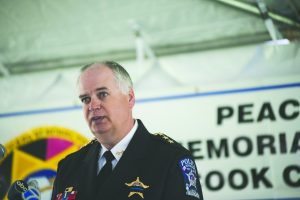 A DUI-reduction idea that started with police officers on the overnight shift in a near west suburban community has grown into a crime-fighting tool getting international attention.

Riverside Police Chief Tom Weitzel said officers on his permanent midnight shift came to him with the idea of partnering with a rideshare company for impaired drivers.

“On most nights, they see people waiting in front of a restaurant in town for a rideshare or walking to their cars stumbling,” Weitzel said. “Officers try to persuade those going to their cars not to drive. The officers thought some sort of partnership with Uber or Lyft would be a great idea.”

The Riverside chief said he reached out to both rideshare companies and heard back from Lyft the same day.

Weitzel said Lyft officials felt the idea was just the kind of community outreach the company was looking for and signed on for the program.

A week later, coupons were available at Riverside restaurants telling of the discounted ride offer being promoted by the village and Lyft.

“Successful restaurants give the coupons to patrons who shouldn’t be driving,” Weitzel said.

Police also have the discount coupons at their disposal to share with potentially intoxicated drivers and those also in the vehicle when a suspected drunken driver is arrested.

“Typically, when someone else is in the car, we are not going to say, ‘It’s 2 a.m. There’s Harlem Avenue. Start walking,’” Weitzel said. “We always bring them to the station. Now, we can give them the Lyft coupon.”

The coupon had entitled the holder to a 35 percent to 50 percent discount — depending on the time of day — on the Lyft rideshare service. That is being changed to a flat 40 percent discount.

“No one is out to make money on this,” Weitzel said. “We are out to reduce impaired driving.” 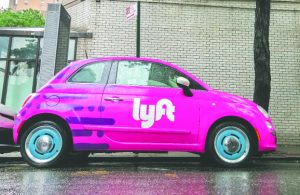 Lyft has created a partnership with Riverside to provide discounted rides for suspected impaired drivers and their passengers.

Weitzel called the program “very successful,” noting that it has reduced DUIs in the village 30 percent in the two years it has been in existence.

The Riverside Police Department averages 170-180 driving under the influence arrests per year.

Riverside is the first law enforcement in Illinois and one of the first in the nation to institute such a driving under the influence prevention program.

A mention of the program in International Chief of Police magazine brought Weitzel communications from as far away as Australia.

“I got numerous emails and calls about how we were actually able to implement the program,” the Riverside chief said. “We were inundated by departments looking to mirror the program.”

Weitzel said he talked with Lyft officials about discount coupons also being used at large concert venues and sporting events.

“I told them to put some type of coupons out, to do some aggressive impaired driving marketing,” he said.

Weitzel said one of his residents heard about the program and came to his office, wanting to donate $2,000 for the program.

“He wanted to write a check to fund the program,” Weitzel said. “I told him the village does not have to budget for it, that we do not pay a penny.”

The chief noted that Lyft pays all of the costs associated with the Riverside DUI-prevention effort.

“We do not have any financial benefits from the program,” Weitzel said. “We don’t want to arrest people for impaired driving. We want them to take the coupon if they appear intoxicated.”