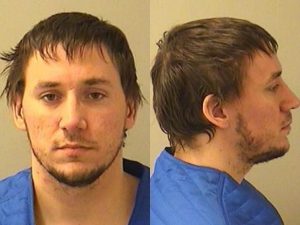 A Waterman man has been charged with attempted murder for allegedly tampering with the natural gas line of an Elburn home.

Frank Ryan, 33, a resident of the 300 block of North Cedar Street in Waterman, allegedly tried to alter the gas line into an Elburn home so that gas would spray into the home’s interior, knowing that someone was in the home at the time, according to prosecutors.

Ryan purchased the materials used to commit his offense the previous day, according to prosecutors. Ryan also had covered a doorbell camera at the home with duct tape, prosecutors said.

Two people were inside the home at the time. The homeowner discovered the tube and called 911. No one was injured in the incident.

A preliminary hearing in the case is scheduled for Feb. 13 at the Kane County Judicial Center.