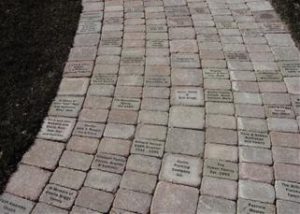 Aurora Police have arrested a juvenile in connection to the shooting death of a 23-year-old Aurora woman last week.

At 2:15 p.m. on Aug. 7, officers were dispatched to reports of a person shot inside a home in the 500 block of South Lasalle Street. When officers arrived, they found a 23-year-old woman inside suffering from a gunshot wound.

Paramedics from the Aurora Fire Department attempted life-saving measures, but the woman was pronounced dead on the scene.

The woman has been identified as Jeanette Luna, 23, of Aurora.
During the course of the investigation, detectives determined that a juvenile male was in possession of a firearm when it was fired inside the home. Shortly after the gun was fired, detectives learned the juvenile fled the home. He was located by investigators just prior to 9 p.m. at a home in Aurora.
Detectives met with representatives from the State Attorney’s Office in Kane County and the juvenile was charged with Involuntary Manslaughter and Unlawful Use of a Weapon with no FOID.

Sheriff’s Office investigating accident involving train
On Aug. 8, at approximately 1:58 p.m., Kendall County Sheriff’s Deputies responded to a traffic crash involving a train in the 8000 Block of Van Emmon Road, unincorporated Bristol Township.
An investigation revealed that a woman identified as 56-year-old Colleen Slatton of Newark was traveling westbound off of Van Emmon Road on a private drive when she crossed a railroad track and was struck by a southbound train. The railway is maintained by Railnet.
Slatton was cited for disobeying a train’s audible signal, and was transported to Rush Copley Hospital with nonlife threatening injuries

The deceased has been identified as 54-year-old John Riefke, a resident of Hideaway Lakes Campground. At press time, it is believed Riefke was struck by a vehicle while walking on the camp grounds near his residence. No one is in custody at this time and leads are being followed up on. The investigation is ongoing.
This investigation is being conducted in conjunction with the Kendall County Coroner’s Office.

The Illinois Department of Public Health (IDPH) is working with local health departments to investigate the hospitalization of three young people who experienced severe breathing problems after vaping.

The Wisconsin Department of Health Services reported 11 confirmed and seven suspected cases of severe pulmonary disease among adolescents, some of whom had to be intubated, who reported vaping.

These identified individuals experienced respiratory symptoms including cough, shortness of breath, and fatigue. Symptoms worsened over a period of days or weeks before admission to the hospital.
“Vaping among teens has increased dramatically over the last several years,” said IDPH Director Dr. Ngozi Ezike. “While the short- and long-term effects of vaping are still being researched, these recent hospitalizations heighten the need for parents talk with their teens about vaping and for both to understand the consequences and potential dangers of vaping.”
According to the American Association of Poison Control Centers, poison control centers have managed 2,439 exposure cases about e-cigarette devices and liquid nicotine as of July 31.
The names and types of vaping products, as well as where they were obtained, are still being investigated. The three reported individuals in Illinois reside in the northeastern part of the state. In order to protect the identity of the affected individuals, additional information is not available. 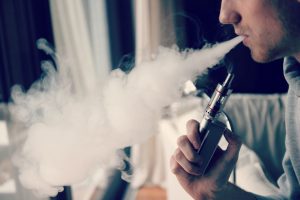 According to the American Association of Poison Control Centers, poison control centers have managed 2,439 exposure cases about e-cigarette devices and liquid nicotine as of July 31.

IDPH will continue to work with local health departments, as well as the Wisconsin Department of Health Services, to identify the cause of these severe illnesses.
People who experience any type of chest pain or difficulty breathing after vaping in the weeks or months prior to these symptoms should seek immediate medical attention. Health care providers caring for patients with unexpected serious respiratory illness should ask about a history of recent vaping.

Engraved pavers installed to honor former officials
Twenty new engraved stone pavers have been added to the walkway around the historic Settlers Cottage in front of the Montgomery Village Hall, joining more than 200 engraved pavers previously installed to commemorate residents or businesses in the village.

These new pavers were set in place to honor those who served on the Village Board during the past 30 years.
Long-time residents will recognize the names of many of these local officials, such as Gary Pregel, who served as a trustee from 1989-93 and as village president from 1993-97, and Nan Cobb, who served as Village Clerk for 18 years from 1980-98.
“Reading the paver inscriptions on the path is kind of like a walk through the past,” said Village President Matt Brolley. “The pavers contain many familiar names of local teachers, former and current businesses, friends and neighbors. We are happy to have added these new pavers as a permanent remembrance of the men and women who gave of their time to serve the village and its residents.”
Montgomery’s Historic Preservation Commission sponsors the sale of these pavers as an ongoing fundraising project for the restoration of Settler’s Cottage and other historic preservation projects.
Families and businesses can leave their permanent mark on Montgomery by purchasing a brick engraved with their own name or in memory of a loved one.

District 308 to present documentary on anxiety
Oswego Wellness and School District 308 would like to invite students, parents, staff and community members to participate in a community conversation about anxiety in kids and teens.

There will be a screening of the documentary “Angst” followed by an expert panel discussion and questions and answers.

The event will take place Sept. 19, 7 p.m., at the Oswego High School Performing Arts Center.
Angst is an IndieFlix Original, documentary designed to raise awareness around anxiety. The film includes interviews with kids, teens, educators, experts, parents and a very special interview with Michael Phelps.
The school district is hoping to help people identify and understand the symptoms of anxiety and encourage them to reach out for help. “Angst’ screens in schools, communities and theaters around the world.

The film and corresponding materials provide tools, resources and above all, hope.