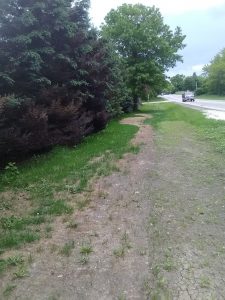 The National Transportation Safety Board has issued its preliminary findings in a report indicating that the valves on two 1,000-gallon tanks, being towed by a tractor April 25, were open when anhydrous ammonia was released into the atmosphere.

The result sent 41 individuals to nearby hospitals with severe breathing problems, and drew 39 fire departments and emergency responder agencies to the Beach Park site through the Mutual Aid Box Alarm System.

Occurring at approximately 4:25 a.m., the report noted that the ammonia release was stopped when the valve was closed, however an alert was issued for residents and individuals within a one-mile radius of the site to shelter themselves. Water tanker apparatus continually hosed down the two cylindrical containers with water to reduce the spread of ammonia vapor.

The Lake County Sheriff’s Department lifted the alert by 10 a.m., although the U.S. Environmental Protection Agency monitored the site for the next two days, along with follow-up by the Lake County Health Department and the Centers for Disease Control and Prevention.

The June 11 report also said the tanks were loaded at a farm cooperative in Kansasville, Wisconsin and were owned by the Pleasant Prairie-based John Kevek Farms Inc., when the spill took place near the northwest corner at Clarendon Street and Green Bay Road. Two months later, the site shows signs of a return to normalcy with new growth on conifer trees and fresh grass with weeds. Yellow police tape still marks the area of the water runoff and remediation sites.

“The sampling was done by the USEPA, who were out there that day, and they tested the next day,” said Lake County Health Department Spokesperson Hannah Goering. “Testing was done again one week later, and at the end of May. The responsible party (Kevek Farms, Inc.) had contracted a group to do remediation work, and on April 26, removed the contaminated soil with the elevated levels of ammonia. Landscape that was burned from the quick release of the ammonia, used as a fertilizer, is now showing signs of recovery.”

A May 24 county update said they had “conducted a third and final round of testing of water wells near the spill on May 28. Results showed ammonia levels within a normal range.” It also said that from May 11-13, “Health Department and Centers for Disease Control and Prevention (CDC) staff conducted door-to-door interviews near the spill site. Residents and first responders were asked about the incident, how they were notified, and about their health.

“On May 17, 2019, the CDC presented preliminary findings to the Health Department and other stakeholders. A full report will be released in about two months. Findings may be used to help prevent and guide response to similar incidents in the future.”

An equally important health issue arising from the spill was the potential contamination of private water wells in use that surrounded the area.

“The department checked well construction records for the area and found the water source is a deep aquifer. There is also a layer of clay that has to be penetrated,” said Goering. “The department did well-testing on April 26 and April 30, and found the ammonia levels were dropping. After a third round of testing in May, the samples found the levels continuing to be in a normal range.”

The NTSB investigators also intend to “examine” the valves on the tankers at a third-party laboratory in Washington, according to the report.

In related news, civil litigation arising from injuries incurred during the incident has begun in the form of three torts lawsuits filed at the Lake County Circuit Courthouse. The initial May 23 filing was entered by five individuals citing negligence against Kevek Farms through the disregard of safety for area residents and vehicle traffic. It also adds improper training for the tractor-tanker driver, Warren Reck, who is also named as a defendant.

The five plaintiffs include a Lake County Sheriff’s Department deputy, and a Beach Park firefighter. An Aug. 15 status conference has been scheduled.