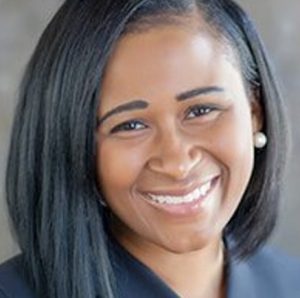 Businesses in 40 of Metro East’s most impoverished areas are, by and large, not taking advantage of the preferred status for government contracts, granted to them under a little-known federal program, according to the Illinois Metro East Small Business Development Center

To qualify, companies must maintain a principal office in an area designated as a HUBZone.

Additional preference is given to businesses that employ staff who reside in a HUBZone.

In Madison County, a total of 12 census tracts — in the communities of North Alton, Venice, Madison, Granite City, Alton, Milton, East Alton, Forest Homes and Ivy Heights — have been designated as HUBZones.

Businesses must be certified to meet program requirements before bidding on contracts, according to the Western Illinois University Procurement Technical Assistance Center, which also sponsored last month’s presentation.

For information on the HUBZone program, see https://www.sba.gov/federal-contracting/contracting-assistance-programs/hubzone-program.

To identify areas in the Metro East that have been designated as HUBZones, see http://map.sba.gov/hubzone/maps/

The city of Fairview Heights plans to open a public, small-business incubator in St. Clair Square this summer.

The new Metro East Business Incubator, Inc. will be largely targeted toward minority and underserved populations; especially, older adults who wish to remain active in the working world. 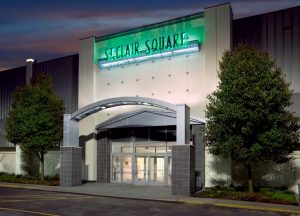 Older adult entrepreneurship is becoming a notable trend in New York, according to Paul Ellis, economic development director for the City of Fairview Heights, who is spearheading the effort.

The Fairview Heights facility will be based, in large part, on guidance in the Center for an Urban Future report, “Starting Later: Realizing the Promise of Older Entrepreneurs in New York City.”

Ellis, in October, offered a presentation on senior entrepreneurship and the planned new Fairview Heights facility at the International Economic Development Council Conference in Atlanta.

Michael Hagen, general manager of St. Clair Square, and Tom Tyler of the Metro-East Regional Chamber of Commerce are also working on the project.

The facility will initially be available to budding entrepreneurs in Fairview Heights, and the adjacent cities of O’Fallon and Swansea.

However, administrators plan to gradually make the incubator available to those in other areas of Metro East. Interest has already been expressed by officials in several other towns.

Ellis began building clientele for the incubator in August with a workshop called “Encore Entrepreneur Roundtable” for area residents over 50.  About 30 turned out.

In conjunction with the incubator, Ellis also hopes to:

Plans for the incubator have been in the works for about a year.

A business incubator, or startup incubator, is defined by the Entrepreneur’s Encyclopedia as an organization designed to accelerate the growth and success of entrepreneurial companies through an array of business support resources and services that could include physical space, capital, coaching, common services, and networking connections.

They are often sponsored by private companies, municipal entities or public institutions, such as colleges and universities.

Other Metro East business incubators include Peer 151 in Belleville and the America’s Central Port incubator.

On the Missouri side of the St. Louis area, existing business incubators include: Brick City Makes, T-Rex, STLVentureWorks, and the BEGIN New Venture Center for food product startups.

Metro East Business Incubator, Inc. has already been registered as a nonprofit corporation with the State of Illinois. It has adopted bylaws and formed the initial board of directors. The board is now seeking 501 (c) (3) federal tax exemption for the facility with the City of Fairview Heights as its fiscal agent.

Attorneys practicing in the Third Judicial Circuit are recommending retention for all but one of the circuit’s 13 associate judges. 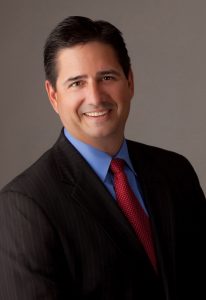 Associate Judge was Steve Stobbs was highest rated in the recent Illinois Bar Association poll – drawing favorable responses from 97% of attorney is the key “meets acceptable requirements for office.”

However, Associate Judge Jennifer Hightower was deemed to meet the requirements for office by only 62.6 percent of attorneys casting ballots.

A yes vote is required from 65% of attorney for bar association endorsement.

The Madison County Board, May 15, appointed a special committee to represent the county in two pending legal cases.

A suit between County Auditor Rick Faccin and the county administration alleges the county has asked to auditor’s office to turn over detailed information protected by state or federal privacy laws.

Rep. Nathan Reitz (D-Steeleville) was sworn in May 9 as the 116th District Representative in the Illinois House of Representatives.  He is the son of former state Rep. Dan Reitz, who served the 116th district from 1997 to 2011.

He replaces former state Rep. Jerry Costello II, (D-Smithton), who resigned from the state House last month after being named the director of public safety for the Illinoi Department of Natural Resources by Gov. J.B. Pritzker.  Costello had held the House seat since 2012.

Reitz was named to the state House seat in a vote of Democratic county chairmen in the district.

He is a plant supervisor for the Texas-based electric utility, Luminant, at the Baldwin Energy Station.  He is also a member of the Steeleville Village Board of Trustees.

“As a lifelong Southern Illinoisan, I know that our community deserves a representative who will continue fighting every day for Southern Illinois and our values,” Rep., Reitz said in a prepared statement.

“Having spent my career in the energy industry, I am determined to help grow our local economy and making the decisions that help create new jobs. As state representative, I will fight every day to protect our Second Amendment rights, provide tax relief and responsible budget making, and make sure that Southern Illinois always has a strong voice in Springfield. There is a lot to accomplish, and I look forward to working together with my colleagues, both Republican and Democrat, to make Southern Illinois and our state a better place to live and work in,” he continued.