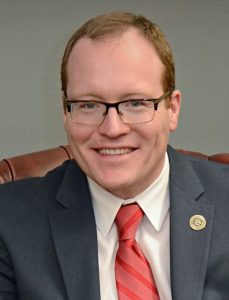 The McHenry County Department of Health filed a reconsideration request April 14 and a motion to dissolve the temporary restraining order meant to furnish first responders with a list showing the names and addresses of individuals in the county that have tested positive for the novel coronavirus.

The action is meant as an added layer of protection for first responders from becoming infected, but also has raised side issues of butting against state protocols, privacy laws, and creating animosities between county agencies.

The April 10 restraining order entered by McHenry County Circuit Court Judge Michael Chmiel came as the result of litigation filed by the county state’s attorney’s office on behalf of the county sheriff’s office, which had previously sought the names and addresses of individuals that had tested positive. Police departments from Algonquin, the city of McHenry, Woodstock, and Lake In The Hills, also joined the litigation.

The Illinois Department of Public Health also addressed the matter April 10 issuing a “SIREN,” a directive to local health departments “required to release Protected Health Information in only the most limited way possible, including specifically providing only addresses of individuals with known COVID-19 infections to first responder agencies rather than disclosing the individuals’ names,” according to the April 14 filing.

operate them,” and first responders should treat all interactions as if the individuals have tested positive. When MCDH refused to provide the requested information by law enforcement to preserve the Health Insurance Portability and Accountability Act of 1996, and its associated federal regulations, commonly known as HIPAA, the state’s attorney prepared and filed the litigation as a consolidated document.

“Part of my job is to defend county agencies and elected officials, and in cases like this, I have to recuse myself to avoid a conflict of interest and represent the right party,” said McHenry County State’s Attorney Patrick Kenneally. “This information is siloed, and only available to two people, and not openly available. There are exceptions to the HIPAA under communal diseases with first responders. We checked with the State’s Attorney General, and canvassed other county state’s attorneys. 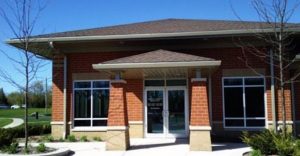 “As an example, you have law enforcement approaching a drunk and disorderly person, and he has tested positive for the virus,” he said. “Without that knowledge, now the first responders are exposed, and must be quarantined for 14 days. Treating everyone as testing positive is problematic … also it is not for the health department to tell law enforcement how to conduct themselves, and second, this is a simple way to assess risk. Police work is not always 6-foot social distancing … things happen.”

When the MCDH learned that the county state’s attorney would not be representing them, the Waukegan-based firm of Daniels, Long, and Pinsel LLC was appointed as their counsel, and acted several days after their involvement with the April 14 filing.

It said, in part: “Defendants (like IDPH Director Dr. [Ngozi] Ezike) carefully and cautiously determined that public safety is enhanced, rather than diminished, by disclosing addresses of probably contaminated buildings, but not in the names of infected persons who tested positive. This decision-making process was not addressed. Rather, the court took at face value the affidavits of the sheriff and police chiefs that they needed the information to protect their personnel, despite the affidavits providing no supporting rationale to do so.

“Quite respectfully, it is submitted that this perceived need is more likely a reaction

born of fear than reason. It’s not that fear isn’t justified. It is — this is the first pandemic of this scale in our lifetimes. Yet, that emotion must be set aside when the epidemiological facts are analyzed, and the expert medical advice is considered.”

The defense also contends that the nature of the pandemic leaves questions about the transmission of the virus, coupled with inadequate testing. “The list is maybe 10 percent of the population, but there is another 90 percent of the population that you don’t know if they have been exposed,” said attorney Robert Long. “The list (of names) is misleading … the building at 123 Main St. may have someone that tested positive. Names on a list will lull responders into a false sense of security.

“Exactly what is accomplished by putting names on a list, a scarlet letter? An individual not on the list can still be carrying the virus and they would not know,” he said. “The damages with this ruling are that it provides no help to first responders, and it hurts the privacy of individuals. From the IDPH’s standpoint, treat everybody like they are positive. PPE’s are in short supply.”

As of April 16, there have been 289 confirmed cases of COVID-19, and 12 deaths attributed to the virus in McHenry County. Statistics provided to the county health department are only those numbers that test positive, and not the overall general population sample size. Testing is done by the IDPH, and private laboratories.

“At this time, we have no statement to make other than the reconsideration request,” said Lindsey Salvatelli, the county health department’s Communications Manager. “Our interest is in protecting the privacy of our citizens, and our focus is on the COVID-19 pandemic … it’s here, it’s happened. It is our primary concern, while still working with our partners to provide the needed assistance to our community.”

An April 20 hearing date was originally slated for the reconsideration request. That date has now been extended until May 18 for Judge Chmiel to render his decision. There is a 30-day timeframe for whoever loses the motion to file an appeal.