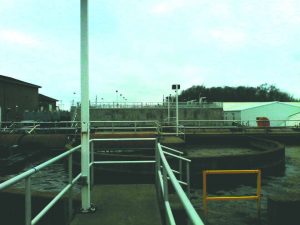 The Marengo City Council, during its Dec. 17 session, approved an extension on “tolling” agreements between them and McHenry-based HR Green, the city’s engineers, as well as with Williams Brothers Construction and OVIVO-USA LLC., largely as a measure for “breathing room” for municipal officials to review potential remediation actions fully.

Legal filings were reportedly prepared against the latter two firms. The city council in February entered into the separate agreements with the firms, and the extended period is now from Jan. 22 until June 30.

At issue are the various problems stemming from the plant’s technical designs, actual assembly, and a piece of underutilized equipment called a “Sonolyzer,” which cost the city approximately $500,000 as part of the upgrades. The city has indicated the firms are responsible, based on an independent study by Midwest-based Strand Associates, Inc. that maintains the equipment item was unnecessary to reaching the plant’s operational goal of 1.8 million gallons of effluent water per day.

The city of Marengo was made to expand and upgrade its wastewater treatment facility to accommodate higher capacities at the instruction of the Illinois Environmental Protection Agency. An anticipated increase in residential and commercial development never materialized, although a series of physical and safety issues has plagued the facility since its 2015 completion.

HR Green created the plant design and oversaw its implementation in the final phase of construction at the plant site, and is in dispute over the assertion. The “tolling” agreements are substantively waivers to allay the dismissal of any civil litigation on the basis of exceeding the statute of limitations. In approving the extension actions, the city will not pursue civil remedies against the three firms unless notifying them 60 days in advance, ending the agreements. 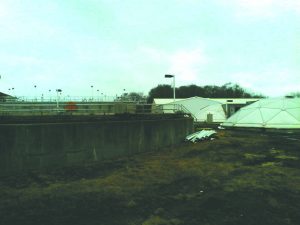 The Marengo Wastewater Treatment Plant, as it appeared in March 2015, was expanded and upgraded at the Illinois environmental Protection Agency’s behest. (Photo by Gregory Harutunian/for Chronicle Media)

“We’ve extended the contracts of HR Green and OVIVO until July 2019, and was done during the Dec. 17 city council session, in order to give us more time to assess the situation completely,” said Marengo city Manager Josh Blakemore. “We have to review all the options. We are still in the investigatory stage to assess exactly what is going on there, and then, come to some sort of resolution on this matter.

“The big ticket item is the Sonolyzer, which was about a $500,000 piece of equipment that was installed during the original expansion of the wastewater treatment plant,” he said.

Treatment plant personnel have said the piece of equipment and its technology are difficult to sustain and monitor settings for operating levels. During a Dec. 3 city council meeting, the city’s attorney, David McArdle provided a summary of seven problems that exist with the plant, four of which needed additional research. Cost factors for improvements and remedial considerations for plant operation will be reviewed in the coming months.

A Wastewater Treatment Plant ad-hoc committee meeting was held Jan. 7, in the city council chambers. The public was invited to participate with their concerns, prior to the committee retiring to executive session to discuss potential litigation in the matter.