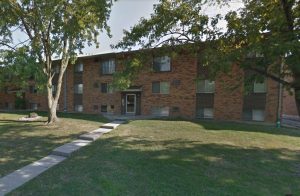 : On June 18, Juan C. Perez-Macedo, 33, Corey D. Jackson, 22, and Nathaniel A. Pena, 22, were shot and killed at 311 Riley Drive, Bloomington. A four-year-old boy was also shot, and air lifted to a Peoria hospital and is currently listed in stable condition.

At 2:43 p.m. police were summoned to 311 Riley Drive on a report that someone had been shot, Bloomington Police spokesperson Elias Mendiola said in a press release. The scene, the release stated, was “chaotic”.

Juan C. Perez-Macedo, 33, Corey D. Jackson, 22, and Nathaniel A. Pena, 22, were pronounced dead at 4 p.m. that afternoon, and their identities were later released by McLean County Coroner Kathy Davis.

The four-year-old victim was air lifted to a Peoria hospital, where he was initially listed in critical condition. Later in the week, he was listed in stable condition. The boy has been identified by relatives as Pena’s son.

Immediately after the shootings, some residents were barred from reentering the apartment complex and were provided alternative housing as investigators combed the scene for evidence. 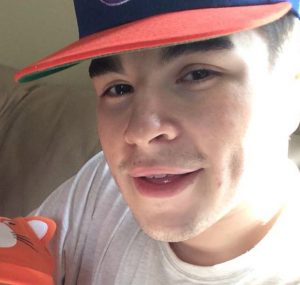 Nathaniel Pena, 22, was among four victims of a June 18 shooting, Pena, Juan C. Perez-Macedo, 33, Corey D. Jackson, 22, were pronounced dead at 4 p.m. that afternoon. A four-year-old boy, who was also shot, was identified by family members as Pena’s son. (Photo from Nate Pena Facebook)

The victims’ deaths are believed to be caused by gunshot wounds, but toxicology reports are pending, according to the coroner’s office.

Go Fund Me sites have been setup for each of the victim’s families, and a vigil was held Tuesday night for the victims.

An investigation involving federal, state, county and city agencies is ongoing. Anyone with information on the homicides should contact Bloomington Police Detectives Tim Power at 309-434-2579, tpower@cityblm.org, Brad Melton at 309-434-2537, bmelton@cityblm.org, or Steve Moreland at 309-434-2359, smoreland@cityblm.org.