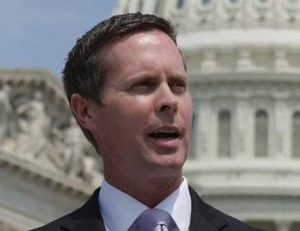 Even before he knew his alleged assailant hailed from just outside his district, Illinois 13th Congressional District Rep. Rodney Davis (R) believed Wednesday’s (June 14) shooting, at an early morning practice for a Washington, D.C. softball game, would represent a “threshold” in America’s increasingly strident political discourse.

Rep. Davis, 47 of Taylorville, was at bat as a gunman —  later identified as James T. Hodgkinson, 66, of Belleville — allegedly began firing from behind the third base dugout; striking five including House Majority Whip Rep. Steve Scalise (R-La).

Davis escaped the gunfire by running into the first base dugout and then, finding it already full of legislators and congressional aids, retreating with others to the backside of the cinderblock structure.

Hodgkinson was reportedly killed by Capitol Police at the scene.

Davis and 33 other GOP House and Senate members had gathered at the YMCA ballfield in Alexandria, Va.  that morning, along with a host of congressional aids, family members and Washington’s ever-present lobbyists, to practice for the 45th Annual Congressional Baseball Game, June 15 at Washington’s Nationals Park.

The event each year pits teams of Democrats and Republicans to raise money for various charities.  Congressional Democrats were practicing at field about a mile away.

Although he declined to speculate on whether the gunman was targeting Republicans, he noted that “I think the fact that no shots were fired outside of the ballfield is significant,” Rep. Davis said. 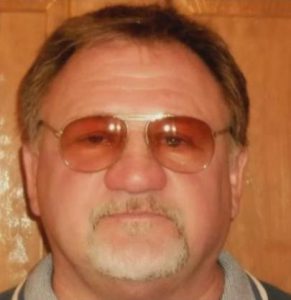 Although Davis was at the plate when gunfire rang out, police have yet to release any evidence that Hodgkinson was targeting the representative from his neighboring congressional district specifically.

Hodgkinson has been identified in some media reports as a former campaign volunteer for Sen. Bernie Sanders (I-Vt); although campaign leaders say they have no memory of him. Sen. Sanders has condemned the shooting.

However, Rep. Davis does believe the incident will prompt efforts to tone down the increasingly hostile tone of politics in America.

“This hatefulness that we see in this country today over policy differences has got to stop,” he said.

He told CNN he believes the attack will represent a threshold that will spur efforts to curb the nation’s increasingly vitriolic political rhetoric.

“It has certainly been a threshold for me,” he said.

Still, Davis remains hopeful, posting on his Facebook page Wednesday evening, “Tomorrow night, Republicans and Democrats will join together to play the Congressional Baseball Game. We will show Americans that there is more that unites us, than divides us. The over-the-top, hateful rhetoric that has consumed politics, on both sides, has to stop. We can have thoughtful debate on the issues, and at times disagree, but we cannot forget that we are all represented by the same flag and the freedom it represents. Coincidentally, today is Flag Day and we were reminded again this morning all that it stands for.”

Known by his middle name, Thomas or Tommy, Hodgkinson ran a home inspection business and resided with his wife, Suzanne, in a rural, unincorporated area of St. Clair County south of Belleville Township High School West.

According to the Federal Bureau of Investigation, Hodgkinson participated in a half-dozen or more anti-Republican Facebook pages including “Terminate the Republican Party.”  His personal Facebook page, taken down shortly after the shooting, reportedly included a number of posts critical of President Donald Trump.

Hodgkinson participated in a “99%” rally in Belleville in 2012, according to the Belleville News Democrat.

According to a statement from St. Clair County Board Chairman Mark Kern, Hodgkinson was banned from the St. Clair County Intergovernmental Grants Department offices in 2003 due to “unacceptable behavior in the office.”

“Later, in 2012 he requested paperwork to be reinstated, but never returned that paperwork or made contact with our office to the best of our knowledge,” the statement continues.

St. Clair county Court records indicate Hodgkinson has been arrested over the years for failure to obtain electrical permits, damage to a motor vehicle, resisting a peace officer, eluding police, criminal damage to property, driving under the influence and traffic violations.

In March a neighbor reportedly complained to the St. Clair County Sheriff’s Department that Hodgkinson had fired gunshots close their residence.