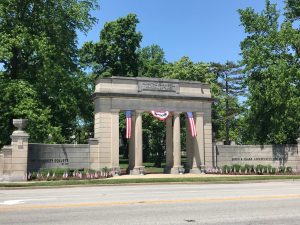 The Lewis & Clark Community (L&C) College District 536 Board of Trustees has scheduled a special budget meeting for Thursday, Oct. 24, at 5 p.m. in the L&C Commons, to review district finances.

Backers say Dr. Chapman, over a 27-year tenure, has transformed L&C from a small, rural community college into a nationally recognized, highly progressive learning institution, and an important economic engine for the surrounding area.

However, L&C  Board Chairman David Heyen and a recently elected slate of fiscally conservative trustees say substantial spending on campus infrastructure and expansion into new programs and services has resulted in serious underlying financial issues.

Quietly, some reportedly hope to eventually return Dr. Chapman to the helm of the college, or perhaps even prevent his departure.

Not so quietly, they are already threatening to unseat Board Chairman Heyen, Vice Chairman Julie Johnson, Secretary Kevin Rust, and Secretary Charles Hanfelder in coming elections.

By all accounts, Dr. Chapman has led a remarkable period of development at the Godfrey-based college.

Established in 1970 on the grounds of the former Monticello College, the L&C College District currently boasts enrollment of approximately 15,145; with 10,145 enrolled in traditional college credit courses and another approximately 5,000 in non-credit courses.

Beyond the main campus, L&C now offers courses at nine community education centers, from Alton to Carlinville to Jerseyville. The college operates a training center in Bethalto. 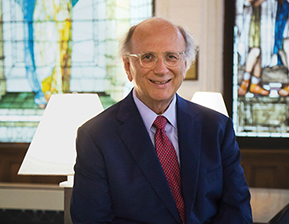 L&C staff point with pride to a range of community outreach and enrichment programs.

Lewis and Clark Family Health Clinic is the first – and still only – nurse-managed, collaborative health clinic ever established on a community college campus to help underserved members of the surrounding community receive affordable healthcare.

The L&C East St. Louis Higher Education Center offers a variety of services including van service to the college’s campuses in Edwardsville and Godfrey.

The college’s Mannie Jackson Center for the Humanities (MJCH) in Edwardsville – with its Alma Irene Aitch STEM Center – conducts a variety of mostly youth-oriented programs; addressing issues from racism and the environment to scientific and mathematical literacy.

However, the center has also convened an international symposium: “The Future of Transboundary Water Management: Empowering Informed Water Resources Policy and Practice with Big Data,” held in Washington D.C. in October 2017.

Rare among community colleges is L&C’s co-sponsorship of a scientific research facility.  A joint project with the University of Illinois and the Illinois Natural History Survey, the National Great Rivers Research and Education Center  conducts sophisticated environmental and hydrologic studies through its Jerry F. Costello Confluence Field Station, along the Mississippi River.

As the result of construction, employment and program development, L&C in fiscal year 2014-2015 represented some 4.7 percent of the Riverbend area economy – with an overall economic impact of $369.4 million, according to the Riverbend Growth Association, the region’s chamber of commerce organization.

Moreover, the association says, the college is playing an important role in reshaping a region where many communities have remained in prolonged state of economic downturn.

L&C has been an early leader in skill-based, job-oriented worker training programs – which have now become a top priority across Metro East and the Greater St. Louis area.

However, Board Chairman Heyen and other fiscally conservative trustees fear the transformation has left the college with excessive long-term debt, that will ultimately force increases in district tax rates, and may be soaking up funds needed for salaries and other normal expenses.

Turnover has become a problem in some segments of the college staff, Heyen said during last week’s meeting.

Proponents of the Chapman administration say L&C’s $112 million debt is manageable and the college’s financial picture overall is stable.

Seventy percent of the district’s bonded indebted for infrastructure will be paid off within the next 10 years, college administrators told the board during last week’s meeting.

Fees for 20 courses were lowered this year.  Student loan defaults are down, staff reported during the meeting.

In all, Dr. Chapman has secured $200 million in grant funding for L&C over the course of his tenure, RBGA President John Keller noted in an open letter to college district last week.

Approximately $40 million in grant funding is authorized for the college in Illinois’ fiscal year 2020 state budget.

“By not renewing Dr. Chapman’s contract, the Board of Trustees will be putting this vital non-local source of funding at risk,” Keller added.

The board’s fiscal watchdogs have also expressed concern over Dr. Chapman’s reportedly lucrative salary and benefit package. In 2015, Chapman’s salary was cited in a state audit as one of the highest drawn by any community college administrator in Illinois.  The college’s 990 federal income tax filing lists reportable compensation to Dr. Chapman totaling more than $1.5 million from 2014 to 2016.

The wife of the college president, Dr. Linda Chapman, serves as the institution’s Vice President of Academic Affairs.

Together the Chapmans reportedly received a total of more than $700,000 in compensation annually.

Dr. Dale Chapman has reportedly been offering for months to negotiate down his compensation, in order to stay with the college. The board has consistently refused.

“He brings in way more than he costs us,” said Alton auto dealer Sam Roberts; one of the 25 speakers who called for Dr. Chapman’s retention, during the public comment period of the board’s Oct. 8 meeting.

The seven-member L&C board turned down extension of Chapman’s contract on a 4-3 vote.

Voting against the contract extension were Board Chairman Heyen, Johnson, Rust and Hanfelder.

The board also authorized the hiring of an independent auditor to review the travel expenses of the college’s senior administration during fiscal year 2019.

Dr. Linda Chapman’s employment at the college was not directly affected by last week’s board action.

However, the board authorized a legal review of the college’s existing nepotism policy.  Board members emphasized that there have been no infractions of the current policy.

Just prior to the contract renewal vote, Watson, McCain, and Werts tried unsuccessfully to modify the board resolution to call for re-negotiation of the terms of Chapman’s employment; rather than termination next year.

The votes followed a 40-minute closed session attended by College President Chapman and the college trustees.

Critics of the board say its relatively new, fiscally conservative members – though all accountants, or in one case, a former corporate comptroller – have not yet had time to grasp the unique complexities and nuances of college district finances.

Heyen was elected to the L&C board of trustees in 2017. He became board chair in May of this year; after Johnson, Rust, and Hanfelder won broad seats in the April elections.

“I am asking you to look past the balance sheet, and look at the college as a whole,” Student Trustee Tulgetskin said, addressing the board during last week’s meeting.

That institution now has a larger role in the Riverbend area, than that of a traditional community college, speakers suggested last week.

Business leaders say the college’s worker training programs have become a critical part of efforts to restructure the area’s economy.

Its nursing programs are designed to address an undersupply of health care providers in the region; complicated by an aging population, they add.

Low income patients received $3,845,183 in care through the college’s Family Clinic last year, according to the L&C annual report.