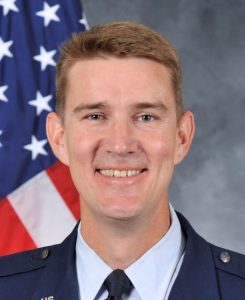 U.S. Air Force Col. John O. Howard has taken the reigns of the Air Force’s 375th Air Mobility Wing and its headquarters, Scott Air Force Base.  Col. Howard assumed the base command from Col. Laura L. Lenderman during a ceremony, July 24, at the base parade field.

Col. Howard, who previously served as the 100th Air Refueling Wing vice commander at Royal Air Force Mildenhall, England, is graduate of Tufts University and has served in the Pentagon as well as in operational flying positions.

Col. Lenderman, who has served as base and wing commander for the last two years. Is transitioning to a new role within the U.S. Transportation Command, also located at Scott AFB.

The Casino Queen in East St. Louis took in $8,519,621 in adjusted gross receipts during June 2017, according the latest monthly revenue reports issued by the Illinois Gaming Board. That represented a decrease of about 2.4 percent from June 2016.

The four St. Louis-area casinos on the other side of the Mississippi River meanwhile reported an average increase in adjusted gross receipts of about 4.4 percent, year-over-year, based on data from the Missouri Gaming Commission.

At least four Metro East School District will cancel classes in Aug. 21 for the Great Eclipse of 2017 with more expected to following suit.

The Brooklyn District 18 Board of Education voted last Thursday to push back to start of its school year to Aug. 22.  The same day, administrators at the Holy Family School in Granite City announced in a Facebook post that they are cancelling classes on Aug. 21.

Administrators cite student safety; noting that viewing the eclipse event without proper eye protection poses risk for eye damage.  They contend it would be virtually impossible to keep curious school-age children from looking up at the eclipse and equally difficult to ensure all of the children in a school properly utilize protective eyewear.

Some administrators add that it would cost prohibitive to provide all students with protective eyeglasses, at a cost of about $1 each.  Others note that the eclipse is expected just after dismissal time in some school districts; meaning many students walking home or on school business would be tempted to look up, without proper protection, to witness the event.

The City of Edwardsville has purchased a 15-acre tract generally known as the Plum Street Property from Madison County for $5 million. The city is now expected to issue an invitation for proposals to develop the site. The land is located at the intersection of Governor’s Parkway and Illinois Route 159 — identified in that area as Plum Street.  The Madison County Board approved an intergovernmental agreement for the sale of the property during its July 19 meeting. Rezoning of the tract will probably be required for development. 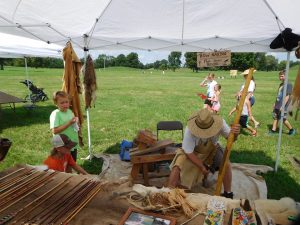 Visitors can tour the excavations, help sift soils from the digs, and they can help wash artifacts found during Archaeology Day at Cahokia Mounds State Historic on Saturday, Aug. 5. (Photo courtesy of Cahokia Mounds)

Cahokia Mounds State Historic Site in Collinsville, will host its annual Archaeology Day on Saturday, Aug. 5 from 10 a.m. to 4 p.m.

The event features ancient craft demonstrations, archaeological techniques and artifact processing, tours of excavations, and several hands-on activities. The popular event is free and open to the public.

A professional storyteller will tell stories that will appeal to all age groups.

Visitors can tour the excavations and help sift soils from the digs, and they can help wash artifacts found during this summer’s excavations.  Archaeologists and specialists will demonstrate the identification of animal bones; using instruments for remote sensing to detect subsurface features; the uses of various plants for food and medicine; and, the various types of Indian rock art.

Displays with representatives from other archeological sites and institutions will be set up.  Food and refreshment stands will be available.

The event will be held outside under shelters.  In case of rain, most of the activities will move inside the Interpretive Center.

There is no admission fee, but a suggested donation of $7 for adults, $5 for seniors, $2 for students, and $15 for families is welcomed.