Compiled by the Illinois Department of Commerce and Economic Opportunity, the new listing provides business site selectors with a roster of Prairie State locations meeting 12 common criteria for “very large industrial projects,” according to the department’s website.

Greenville’s John W. Kelsey Business and Technology Park is a 485-acre tract on U.S Route 40; served by two Class I railroads – CSX and BNSF – with access to Interstate 70, as well as Illinois route 127 and 140.

Both railroads have certified the site as a development location; indicating financial due diligence has been performed on the site and appropriate zoning (Heavy Industrial) is in place. Incentives are offered for private development in the business park; with grant money available for infrastructure expansion.

Mid-American International Gateway Business Park, just outside Jerseyville, is under development by Stonemont Financial Group, an Atlanta, Ga.-based investment firm, and the Kansas City Southern Railroad, as the northern-most multi-modal transfer and distribution complex on the primary rail line linking the U.S. and Mexico.

To qualify as Super Sites, tracts must: be a minimum of 250 acres (80 percent developable); zoned industrial or agricultural or designated as Industrial in a local government comprehensive plan; within 10 miles of an Interstate or four-lane divided highway; have Class 1 or short line rail service; have no more than two owners, and meet specified criteria or utility services. In some cases, a 12-month grace period is allowed to meet requirements.

Illinois’ 16 initial Super Sites were selected from 19 locations submitted by communities around the state.

Two area educators are among the 10 finalists for the Illinois State Board of Education’s (ISBE) 2020 Illinois Teacher of the Year awards. 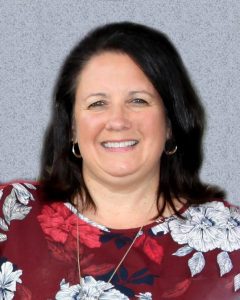 The two were selected from more than 100 teachers, school staff members, volunteers, and programs recognized statewide this year under the ISBE’s Those Who Excel Program.

Those include 21 in Metro East. Among them: The Reading Interventionist Team Program in Alton Community Unit School District 11 and the Urban Education Teacher Residency program in East St. Louis School District 189.

Susan Converse, a special education teacher at Edwardsville High School in Edwardsville Community Unit School District 7, is the 2019 Illinois Teacher of the Year. 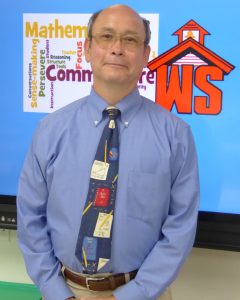 The changing business landscape of Metro East will be outlined during an Economic Development Roundtable for community stakeholders and local businesses, on Sept. 19, from 11 a.m. to noon, at the Gateway Center in Collinsville.

The IDOT presentative will be followed by a panel discussion, and a question-and-answer session with panel members.

Representatives from Madison and St. Clair County will participate as members of the panel.

The event is free and open to the public. No registration is required.

“There is a lot of excitement surrounding the capital plan, so I thought it would be great to give business and community leaders an update on what projects the state has coming in the near future,” Rep. Stuart said. “This event will also allow attendees to ask questions about other factors that will play a role in development in the Metro East.”

“I’ve lived in the Metro East for over 20 years, and I am proud to have fought to ensure that our communities are invested in,” continued Stuart. “I’m excited to hear more about the development in the region and the work we did last Spring to ensure downstate Illinois is a priority for economic investment.”

For more information, contact Rep. Stuart’s office in Collinsville at 618-365-6650 or at RepKatieStuart@gmail.com.

The East-West Gateway Council of Governments (EWG) is seeking information on the transportation needs of older adults and the disabled in the eight-county St. Louis region.

The agency is currently updating its Coordinated Human Services Transportation Plan (CHSTP), a regional plan designed to guide the use of Federal Transit Administration (FTA) Enhanced Mobility of Seniors and Individuals with Disabilities (Section 5310) funding.

In addition to focus groups, stakeholder meetings and other public outreach efforts, the EWG is conducting a pair of online surveys, targeting:

Both can be accessed at www.ewgateway.org/transportation-planning/coordinated-human-services/

The Illinois Supreme Court this week leaves its Springfield courthouse to hear oral arguments on two cases at Lewis and Clark Community College in Godfrey.

The road trip is part of a program to give Illinoisans a first-hand look at the workings of the court.

“Moving beyond the courthouse to hear arguments at other locations throughout the state has become an integral part of the Court’s ongoing efforts to educate the public on the critical work we do. At a time when so much of government seems so erratic, it is especially important for citizens to understand the vital role played by the judicial system in protecting the foundations of our democracy and affirming individual rights and responsibilities,” Illinois Supreme Court Chief Justice Lloyd A. Karmeier said.

The Supreme Court will hear arguments in two cases starting at 10:30 a.m., on Wednesday, Sept. 18, in the Hatheway Cultural Center, located at 5800 Godfrey Road.

The upcoming arguments at Lewis and Clark Community College will be the Court’s first excursion since March 15, 2018, when arguments were heard at the University of Illinois at Urbana–Champaign.

Students and teachers from local schools have been invited to participate in the September 18 program, either by attending the arguments live or watching via a live stream at https://livestream.com/blueroomstream/events/8787968.

One of those properties is the former Hotel Belleville, located at 16 South Illinois St., Belleville, that is planned to be converted into affordable senior housing with ground floor retail.

Credits are limited to a total of $15 million in allocations per year, with a total of $75 million in tax credits available over the five years that the program is to be in effect.

For this round of the Illinois Historic Preservation Tax Credit Program, complete applications were received from applicants representing 24 historic properties in 11 different communities. The total private investment related to the selected projects is estimated to be more than $578 million and the total amount of credits requested were approximately $47.6 million. Due to program caps, $9,750,000 in credits were assigned to the four projects which were allocated a credit in the first application round.

The tax credits will be issued once each project is successfully completed meeting all program requirements. Substantial private investment will already have been made in these communities before the credit is issued.

The credits are allocated on a first-come, first-served basis, with priority given to buildings that are located in low-income census tracts, counties that border a state with a competitive statewide historic tax credit, and federally declared disaster areas.

Together with the related businesses located in those buildings, millions in state and local tax revenues are generated, Callahan added.

While this is the state’s first statewide historic tax credit program, Illinois already administers a highly successful River Edge Historic Tax Credit, which is limited to only five cities in the state.