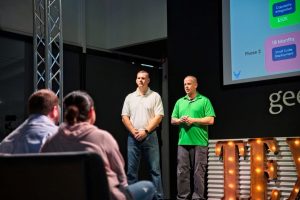 A pair of Scott Air Force Base airmen have been awarded $300,000 to test a novel approach to the prevention of aircraft bird strikes: robot lawnmowers.

Jason Griffith and Byron Icenogle of the U.S. Air Force 375th Civil Engineer Squadron plan to use autonomous mowers to cut grass around runways at night or during other off-peak periods.

That will reduce hazards from birds and other wildlife striking the aircraft, because, during the day, birds often follow mowers around to prey on bugs that are disturbed.

That led to presentation of the concept during the Air Force’s first Spark Tank Innovation Rodeo on Feb. 7 in San Antonio.

There, it came in third among 143 ideas submitted by Air Force mission support groups. The top three finishers qualified for a share of $1 million in grants.

An Amtrak train and the Alton Regional Multimodal Transportation Center were cleaned and disinfected last week, after the railroad confirmed that a St. Louis County woman, who had traveled from Chicago to Alton, on March 4, via Amtrak Lincoln Service #303, had tested presumptive positive for COVID-19.

The Ladue, Missouri woman, who had just returned from studying abroad in Italy, was confirmed, on March 7, as Missouri’s and the St. Louis area’s first confirmed case of the novel coronavirus.

She also represents the first confirmed case of coronavirus exposure on an Amtrak train.

About 169 customers who purchased tickets for Amtrak 303 that day have been contacted about the patient’s test result and encouraged to monitor their health, according to a railroad spokesperson.

Spokesperson note Amtrak was already stepping up cleaning protocol for trains and stations on the day of the woman’s rail trip.

Concerned by COVID-19, the railroad now cleans trains and stations more frequently (sometimes on an hourly basis) and has increased the use of disinfectant to wipe down handrails, doorknobs, handles and restrooms.

Antibacterial products, including sanitizers and wipes, are now provided at stations.

Posters and instructional videos have been placed in stations detailing how to reduce infectious disease risk, the railroad says.

The action came amid a reported 50 percent decrease in Amtrak bookings.

The Amtrak passenger’s family became the subject of a rare public rebuke from St. Louis County Executive Sam Page, the following week, after her father and sister allegedly ignored a county order to self-quarantine.

St. Louis County Health Department officials ordered the woman be tested for COVID-19, on March 5, after she called the department to report symptoms associated with the virus.

County health officials say they instructed the woman and her family, at that time, to self-quarantine inside their home, pending test results.

Nevertheless, the woman’s sister attended classes over the next three days at Villa Duchesne High School, according to the county health department.

Her father and sister then attended a father-daughter dance, sponsored by the high school at the Ritz Carlton Hotel in Clayton, Mo., attended a house party and went to a coffee shop, according to the department.

Areas of Ritz Carlton, used for the dance, received a thorough cleaning, the hotel says.

An attorney for the woman’s family denies the county health department instructed the family to self-quarantine.

The Illinois State Police (ISP) are planning to build a new headquarters for their Patrol District 11 operations, closing their current facility at 1100 Eastport Plaza in Collinsville.

The planned $55 million headquarters is to be located at an as-yet undetermined site St. Clair County.

It will also serve as the base of operations for ISP Investigative Zone 6, Southern Illinois SWAT operations, and replace a facility in Madison County, shared with the Illinois Department of Transportation.

A solicitation for proposals issues, last week, stipulates the new District 11 headquarters site must be at least four acres in size, within two miles of Interstates 55, 64, 70 or 255, be close to public transportation.

Site proposals are being accepted through April 7. 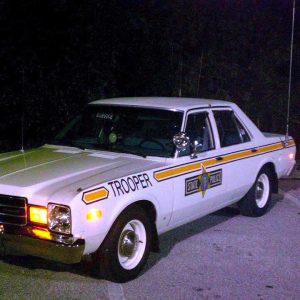 The Illinois State Police is planning to build a new headquarters for their Patrol District 11 operations, closing their current facility in Collinsville. (Photo courtesy of ISP)

Madison County, today (March 18) is expected to award a total of $73,795 in matching-share grants to municipalities and townships for environmental initiative

Established in 2001, the county resource management program is designed to cover a portion of costs for a broad range of efforts aligned with environmental initiatives such as stormwater management, energy efficiency, water quality, air quality, and recycling.

Since the program’s establishment in 2001, more than 160 projects were paid for with

To date, 160 projects have been funded through the program.

This year’s recipients were recommended by the county board’s grants committee on March 4.

Renewing license plates at the local library can allow vehicle owners to avoid long lines at Illinois Secretary of State offices or the need to wait for renewal stickers to be delivered by mail, district officials note. No delays waiting for it to arrive in the mail.

However, the libraries cannot renew licenses If your vehicle needs to pass an emissions test, the library will be unable to renew your license plate.

Registration renewal fee and a $7.50 processing fee are due at the time of purchase. Late fees assessed by the Illinois Secretary of State may apply.   Cash, check, debit and credit cards are accepted; with no additional fee for debit or credit card.