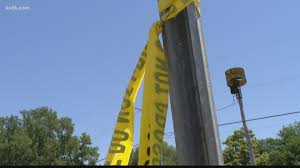 Illinois State Police are investigating the murder of a 14-year-old boy in East St. Louis.

East St. Louis police requested the assistance of the Illinois State Police’s Division of Criminal Investigation Zone 6 Major Crimes Unit for the 14-year gunshot victim, who had died from his injuries. He was pronounced dead on the scene by the St. Clair County Coroner’s’ Office.

Also injured in the incident were a 3-year-old girl and a 16-year-old boy who were treated for gunshot wounds and released from regional hospitals.