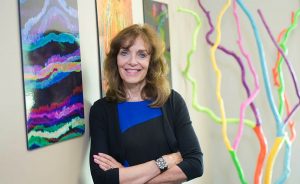 Lori Russell-Chapin, a Bradley University counselor education professor and co-director for the Center for Collaborative Brain Research, recently organized an online Super Brain Summit on mindfulness and meditation with tips on how to stay mentally healthy during the coronavirus pandemic. (Photo courtesy of Bradley University)

When Bradley University counselor education professor Lori Russell-Chapin started organizing a Super Brain Summit on mindfulness and meditation a year ago, she had no idea how relevant the topic would be for the March 27 event.

“I really can’t think of a more timely topic than talking about mindfulness during this pandemic. It’s such a surreal time,” said Russell-Chapin, who also is co-director for the Center for Collaborative Brain Research.

Originally planned as an all-day live event at BU for alumni, teachers, counselors and the public, the fifth annual Super Brain Summit was switched to a live video stream from the California home of the featured speaker, Dr. Dan Siegel.

About 300 people paid to tune in. Anyone who missed it can purchase a recorded version through May 15.

Siegel is a clinical professor of psychiatry at the UCLA School of Medicine and founding co-director of UCLA’s Mindful Awareness Research Center. He also is a best-selling author and executive director of the Mindsight Institute, which focuses on the development of mindsight by teaching insight, empathy and integration in individuals, families and communities.

During four 90-minute sessions, Siegel talked about the science behind mindfulness and meditation and ways to use it as a tool to combat the feelings of panic and helplessness that most people are battling during the novel coronavirus crisis that is sweeping the country and the world.

Looking at how the mind functions in a pandemic, Siegel noted, “A healthy mind depends on relationships. When we’re isolated physically we should not be isolated socially.”

The Los Angeles resident said he’s had to find new ways to connect with his 90-year-old mother since he recently returned from New York, where the novel coronavirus is rampant, requiring him to self-quarantine.

“We got her set up with a camera and now we’re doing all sorts of things with FaceTime and seeing her on platforms that include the whole family,” he said. 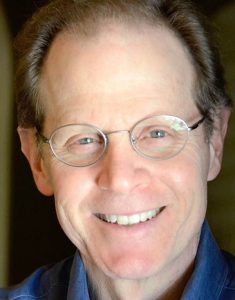 Dr. Dan Siegel, a clinical professor of psychiatry at the UCLA School of Medicine and a best-selling author, presented a day-long live video stream on the science behind mindfulness and meditation and ways to use it as a tool to combat feelings of panic and helplessness during the pandemic. A recorded version of the program can be purchased through Bradley University. (Photo courtesy of Dr. Dan Siegel)

Also important in maintaining a healthy mind during a crisis is to be able to pivot from the threat reactive state of fighting, fleeing, freezing or fainting to a receptive or challenge state.

“The pandemic is inviting us to not only find purpose and to be present for it, but to allow us to pivot. The pandemic pivot can be seen as something terrible. Or we can see it as a change in my life that I need to work with in a positive way. You didn’t invite this pandemic, but you can be accepting and make the change you need to make, which creates resilience,” Siegel said.

As a tool to teach resilience, Siegel has created a mindsight tripod with three supporting legs to help see situations more clearly: openness, objectivity and observation. Openness is accepting things as they are; objectivity is realizing that whatever the feeling or experience is, it’s not the totality of our identity; and observation is simply observing the thought or experience without judgment, he said.

“So instead of catastrophizing and thinking worst-case scenarios, I’m literally able to sit with an awareness of openness, objectivity and observation. I can see clearly the catastrophizing as a mental construction and then thank it for trying to protect me. And rather than try to push it away or cling to it and over-identify with it, I’ve created a spaciousness of my mind so that I just can be with what is,” Siegel explained.

“I think people sometimes think mindfully living or mindfulness means I’m a guru or something. That’s not what it means,” Russell-Chapin said. “It means being in the present. I often talk about how depression many times is about things in our past and anxiety is about things in our future. When you’re in the past and in the future, you can’t be in the present. That’s what mindfulness is about.”

Physically, meditation calms down the sympathetic nervous system and allows us to breathe better so more oxygen goes to the brain, she added. “What we’re trying to teach is calming down, having empathy for self and empathy for others. All those skills are things we can especially use today. But it does take practice. Don’t give up.”

Other advice for managing the fear and anxiety that comes with a pandemic is to talk about your fears but don’t dwell on them.

“I want people to acknowledge their fears. Be honest about it. But then we also have to go to all 360 degrees in a circle and talk about what else mindfully is going on in our life. So if I keep going around the circle, I can say I’m fearful, but I’m still grateful for my family, my friends, my house. If we concentrate just on our fears, we’re in trouble. And if we try to be Pollyanna-ish about it, we’re in trouble. So we need to tell the whole truth,” Russell-Chapin said.

Both Russell-Chapin and Siegel also recommend reaching out to people you know who are alone, getting proper sleep, eating well, maintaining some sort of physical exercise and making room for humor and playfulness.

“All of these are things we can do to give us some control during this chaos,” Russell-Chapin said.

For more information on meditation, mindfulness and mindsight, visit Siegel’s website at www.drdansiegel.com. For information on how to order a recording of the Super Brain Summit, visit www.bradley.edu/academic/cio/ccbr/symposiums/superbrainsummit.