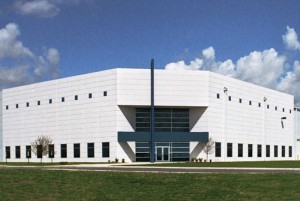 Authorized under the Illinois Enterprise Zone Act of 1982, enterprise zones are intended to stimulate economic growth and neighborhood revitalization in the most economically depressed areas of the state by offering new and existing businesses eligibility for special state and local tax incentives, regulatory relief, and improved governmental services.

Under the law, the Illinois Department of Commerce & Economic Opportunity (IDCEO) can authorize up to 100 EZs to offer special development incentives.  Authorization is granted for a period of up to 25 years, through a competitive application process designed to ensure EZ incentives are offered in the most economically disadvantaged areas.

State law gives the new zones a 15-year term, with a review by the Illinois Enterprise Zone Board after 13 years for a possible 10-year extension.  The board is currently midway through an EZ authorization/reauthorization cycle.

The panel will fill the state’s remaining 51 EZ slots later this year, with those authorizations taking effect Jan. 1, 2017.  Applications for the final round of the authorization cycle were due Dec. 31, 2015.

Local economic development officials got an unpleasant surprise in September when IDCEO staff members announced they were suspending certification of the new and re-authorized EZs, pending a resolution of the ongoing budget dispute between Gov. Bruce Rauner and the Illinois Legislature.

However, that changed Nov. 10 when the Rauner administration announced certification of the enterprise zones would be allowed as part of a package of compromises with state legislators on fiscal issues that also included EDGE tax credits and funding for child support payments.

Development incentives provided through the Gateway Enterprise Zone are widely credited by Madison County officials as a key factor in the development of Edwardsville’s burgeoning Gateway Commerce Center, which has become a distribution center for 10 major companies (including Dial, Hershey, and Procter and Gamble), and is undergoing expansion.

Madison County Board Chairman Alan Dunstan plans a series of “enterprise zone update” meetings over the coming weeks to review the EZ incentives with local officials.

The new Fairview Heights Enterprise Zone is part of an effort to reinforce the city’s longstanding status as the shopping hub of southern Illinois. It will facilitate an updating of the town’s central business around St. Clair Square, as well as a new Metro transit-centered develop on the town’s west end, according to city officials.

The new 0.8 square mile EZ covers an existing local tax increment financing (TIF) district, encompassing the city’s main business district along Lincoln Trail, as well as two new TIF districts: one covering the Fairview Heights Plaza commercial area north of I-64 and the other in the French Village area near the local Metro-Link station.

Local officials have publically announced few plans for the new Fairmont City/Caseyville Enterprise Zone, which also covers part of the Village of Brooklyn and nearby sections of unincorporated St. Clair County.

Businesses in an enterprise zone may be eligible for an investment tax credit of .5 percent on qualified property as well as exemption from state sales, utility and telecommunications taxes. Local government entities can offer additional incentives.