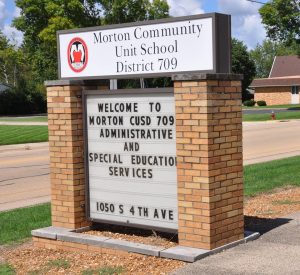 An email appearing to come from Superintendent Lindsey Hall to an employee asking for W-2 information actually came from an outside entity, the School District 709 revealed in a statement released earlier this week.

An investigation by the Morton Police Department revealed the source of the fraudulent email appears to have come from Russia. Names and social security numbers were released when the employee complied with the email request, according to a press release.

Dates of birth and home addresses were not included in the information released.

“Upon learning about the security breach, we took immediate steps by contacting the police department as well as the school district insurer to provide all employees with tracking tools to monitor any possible illegal use of the social security numbers,” Hall said. “We apologize for this email intrusion and we will continue to work with the police investigators to try and identify how this happened and to take steps to ensure that it cannot happen again.”

Morton Police Chief Craig Hilliard said that incidents like this  are a huge concern for law enforcement officials.

“Cybercrime is on the rise and is a concern for law enforcement because hackers are out there constantly trying to infiltrate systems,” Hilliard said. “We are working with the school district and other entities to try and get to the bottom of this, but things like this are very hard to trace back to foreign hackers. We do want to join the school district in getting the word out and warning others. Anyone receiving any suspicious emails or requests should contact us immediately.”