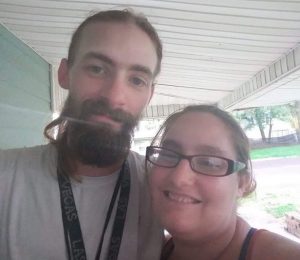 A Pekin couple has been charged with sexual exploitation of minors.

Rachel Miller, 28, and Sebastian Sale, 29, both residents of the 1400 block of Summit Drive, were indicted by a federal grand jury. Both were previously arrested and charged in criminal complaints and ordered detained in the custody of the U.S. Marshals Service.

Miller is charged with two counts of production of child pornography. The indictment alleges that in March 2019, Miller used a cell phone to send images of herself engaging in sexual activity with a boy in a Peoria location. In January, the indictment alleges, Miller used a cellphone to send a video of Sale engaged in sexual activity with a child.

Miller’s Facebook page lists her and Sale as being engaged. It also says she is the mother of four children.

Miller’s attorney, John Lonergan, declined to comment on the case.

Sale’s attorney, federal public defender Karl Bryning, could not be reached for comment.

Federal agents said Sale, formerly of Peoria, had several Google accounts and a Snapchat account that he used to distribute child pornography.

In a June 10, 2019 Snapchat conversation between the username traced back to Sale and a 14-year-old Wisconsin girl, the user said, “I was assaulted yesterday, and I might have a broken face, a concussion or worse,” a federal agent said.

According to Peoria police, Sale and another man got into a fight with a property owner on the 200 block of North Saratoga on June 9, 2019.

The charges are the result of a probe by U.S. Immigration and Customs Enforcement, Homeland Security Investigations, and the Washington (IL) Police Department.