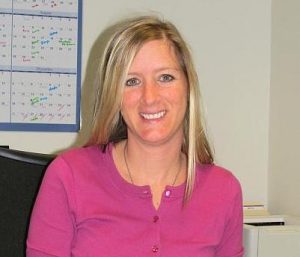 The switch is scheduled for Oct. 1,

WNIJ is one of two stations managed by Northern Public Radio, part of the Division of Outreach, Engagement and Regional Development at NIU, which currently has studios on the NIU campus in DeKalb and at the Riverfront Museum Park in Rockford.

The new Rockford studio, located at 8500 E. State, will primarily accommodate a Rockford-based reporter and other members of the Rockford community who contribute to the station’s programming.

Staci Hoste, director and general manager of the station, explains the reason for the move.

“As a public radio station, WNIJ is committed to providing accurate, essential and relevant presentations of local, national and international news to the communities we serve,” she said. “We would like to dedicate more resources to the Rockford area by maximizing our presence to better serve our listeners and to enhance our ability to engage NIU students, all in a way that makes the best use of public funds.”

Hoste expresses her appreciation for years of support from the Riverfront Museum Park.

“Northern Public Radio is proud to have been a part of the facility and we continue to promote the vision for this space. We have benefited tremendously from the community there, and we are very grateful to our longtime friends at the RMP – especially the Rockford Symphony Orchestra – with whom we have shared space. Moving to another Rockford location will do nothing to disrupt our collaboration with the RSO.”

“We will continue to partner with Northern Public Radio on many initiatives, including the broadcast of all RSO Classics Concerts on their classical music station WNIU, as well as the promotion of classical music through education and outreach events.”

The move will also mark positive changes for the Northern Illinois Radio Information Service, which broadcasts current print information to blind and print-impaired residents in the region.

More than 30 volunteers for NIRIS read newspaper and magazine articles on the air. Those volunteers who now contribute their time and talent to the service out of Rockford can choose to travel to the DeKalb studio for their live readings; however, a growing group of volunteers who use technology to read from home, and the station plans to harness this capability to expand the service.

In addition, relocating to the NIU campus improves Northern Public Radio’s ability to recruit student volunteers who are looking for practical experience in broadcasting and journalism.