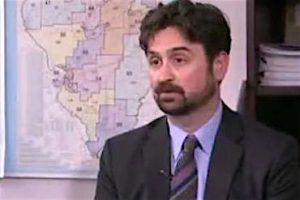 Legislation that proponents contend would have made the voting process easier for thousands of Illinois residents this fall has been vetoed.

Gov. Bruce Rauner said he took the action because the legislation, which would have eventually required counties with populations of more than 100,000 to offer Election Day voter registration at every precinct, was an unfunded mandate.

“The State Board of Elections has said that the timeline for implementation is aggressive and, to date, no funding has been provided to carry out the work needed,” Rauner said when vetoing the bill.

The governor noted that the State Board of Elections is already behind on changes required in Public Act 98-1171, which expanded voter registration at state facilities from just Secretary of State offices to also include the state departments of Human Services, Healthcare and Family Services, Employment Security, and Aging. He said that act’s requirements need to be in place before the Election Day registration is started.

“We should provide the State Board with the time and resources needed to properly complete the implementation,” Rauner said.

Abe Scarr, director of Illinois PIRG, a consumer advocate group which supports the measure, said the governor’s staff failed to understand technical aspects of the legislation because they just started examining the proposal.

“We met with them in March and they did not pay any attention to the bill,” Scarr said “We shared our vision for it and weighed in, and they decided to not listen. They started to look into it three weeks ago. Their misunderstanding of the bill and the technical changes they want made do not rudimentarily change the bill. There is no basis for the veto.” 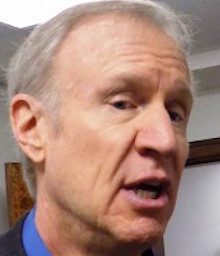 Senate Bill 250 would have required that all precincts in counties with populations of 100,000 or more provide same-day registration at all polling places beginning in 2018. As of this fall, the legislation also would have cleaned up thousands of records for voters who did not re-register to vote after moving and other snafus.

“If someone is already registered to vote, when they updated their driver’s license with their new address, that information would be shared with voter registration,” Scarr said. “This fall, we would have cleaned up thousands of records. The election process would have been smoother.”

Scarr hopes there is enough support for the measure that lawmakers override the governor’s veto.

The Liberty Justice Center has gone to court over the legislation, stating that it gives an unfair advantage to Democrats because individuals in cities with more than 100,000 people normally vote Democratic. Center representatives contend that the Election Day registration should be at all precincts in the state or none.

“I was there when they drafted the bill,” Scarr said. “I would like this to be in every precinct everywhere in the state.”

Scarr said the concerns voiced by representatives of smaller counties put the brakes on Election Day registration at all precincts.

“The smaller counties said it would be an administrative burden,” he said. “… Every small county still has the opportunity to offer Election Day registration at multiple locations. They can provide it. If the county is under 100,000, they can also opt not to provide it.”