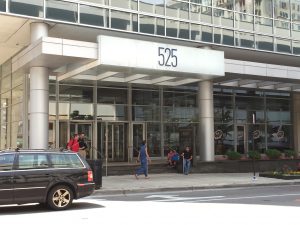 The U.S. Supreme Court’s June 23 deadlock ruling on deportation protections for undocumented immigrants may drive up prices at the grocery store because of a drop in tax contributions.

The U.S. relies on the contributions of undocumented immigrants to tax pools and to the labor force in a very significant way, said Paul Harrison, director of the Tax Clinic at the Chicago-based Center for Economic Progress. Many people do not realize how much the absence of the undocumented immigrant population would affect our nation’s economy, Harrison said.

“It could double or triple the price of everything that you pay for in the grocery store,” Harrison said. “Generally speaking, immigrants have a very positive impact on the economy.”

The majority of the undocumented immigrant population working in the United States have income taxes taken out of their paycheck each month, Harrison said. But according to a recent study done by the Rhode Island-based Institute for Taxation and Economic Policy, at least 50 percent of undocumented workers also file income tax returns using Individual Tax Identification Numbers or ITIN.

Harrison said that an ITIN allows undocumented workers to safely report and file their income taxes without needing a Social Security Number.

ITIN forms are also often used by undocumented spouses and children of immigrants working in the U.S. because it allows them to be claimed as dependents of the immigrant worker, Harrison said.

Harrison said that ITINs cannot be used as forms of identification, are not valid work permits and cannot be used to apply for social benefits – they are only for tax purposes. In this way, undocumented immigrants help prop up social welfare systems from which they cannot reap the benefits, Harrison said.

Undocumented immigrants living in Illinois pay an estimated $743 million in state and local taxes each year, according to a 2016 ITEP report.

The report dispels some of the stereotypes that all undocumented immigrants grab job opportunities without contributing to state and local tax pools.

The study found that undocumented immigrants paid $11.64 billion in taxes across the U.S. Illinois collects the fourth highest amount of taxes from undocumented residents in the U.S. behind California ($3.17 billion), Texas ($1.5 billion) and New York ($1.1 billion), according to the study.

This $743 million accounts for sales and excise taxes paid on goods and services as well as property taxes and income taxes, the study said.

The ITEP study also looked at how much these state and local tax contributions might have increased if the Supreme Court fully implemented the DACA/DAPA executive orders issued by the Obama administration in 2012 and 2014. Tax contributions in the U.S. would have increased by up to $805 million if the deportation protections had passed, the study predicted.

It also found that if the U.S. passed comprehensive immigration reform that granted all undocumented immigrants lawful permanent residence, tax contributions would increase by up to $2.1 billion nationwide.

“Regardless of the politically contentious nature of immigration reform, the data show undocumented immigrants greatly contribute to our nation’s economy, not just in labor but also with tax dollars,” Wiehe said.

The U.S. Supreme Court deadlocked 4-4 on a June 23 vote that would have extended protections against deportation of some illegal immigrants in the U.S. A lawsuit filed by the State of Texas and other states sought to block President Barack Obama’s 2014 executive order, Deferred Action for Parents of Americans (DAPA), that would have given certain protections against deportation to undocumented parents of children born in the U.S. The lawsuit also sought to prevent the expansion of a 2012 executive order, Deferred Action for Childhood Arrivals (DACA), to include children who had arrived in the U.S. before Jan. of 2010.

When a Supreme Court vote is tied, the case defaults to the next-highest appeals court’s ruling.

This means undocumented immigrants who arrived as children before June 15, 2007 and were initially eligible for DACA still have access to the protections. But the entrance date cut off will not be moved up to Jan. of 2010 and the DAPA proposal is now void.

In a press release given later that day, Obama expressed his disappointment over the Supreme Court’s failure to reach a ruling on this matter.

“For more than two centuries, welcoming wave after wave of immigrants has kept us youthful and dynamic and entrepreneurial; it has shaped our character and it has made us stronger,” Obama said. “But for more than two decades now, our immigration system, everybody acknowledges, has been broken. And the fact the Supreme Court wasn’t able to issue a decision today doesn’t just set the system back even further, it takes us further from the country we aspire to be.”

The Supreme Court’s lack of a ruling may lead to the deportation of more undocumented immigrants by the Immigration and Customs Enforcement (ICE) agency of the Department of Homeland Security. In fiscal-year 2015, ICE reported removing more than 235,000 people from the United States, according to their website.

In 2015, about 9,700 immigrants were in ICE custody in Illinois facilities, according to an immigration data collection website at the University of Syracuse New York. Of those, about 120 were unaccompanied children held in juvenile detention centers, the website shows. About 19,000 midwest deportation cases a year go through the Immigration Courts at 525 W. Van Buren St. in Chicago. Currently, there are a backlog of almost 22,000 cases, the center reports.