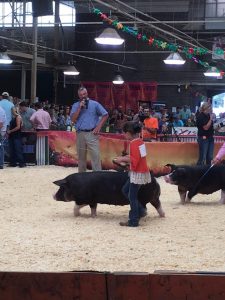 Grow it, raise it, show it, eat it; it’s all about food in Illinois, and the state fair will once again showcase the producers and their products which make Illinois a national leader in agriculture.

The 2017 Illinois State Fair is Aug. 10 –20 at the state fairgrounds on Sangamon Avenue in Springfield, and, this year’s plate is stacked with events and attractions steeped in Midwestern flavor.

Every night the grandstand will host national talents such as Alabama, Brad Paisley, Carlene Carter and John Mellencamp, each ranging in price from $13 – $62. Most shows offer a $30 pre-show party, and entrance is free to see Foghat on Aug. 10 and Herman’s Hermits with Peter Noone on Aug. 14.

Some Grandstand performers, such as Chris Cavanaugh and Jason Durillo will perform free encore concerts at the Rising Star Stage. This stage is a new attraction for the fair, and an array of well-known regional talent will perform free there throughout the festivities.

The game shows and family-friendly competitions include a karaoke contest, Beat the DJ and rendition of the popular television game show, The Newlywed Game. Also, this year, organizers have added eight days of eating competitions.

Each day, beginning Aug. 11, three competitors will eat as much of a selected food as possible in five minutes. Day one is watermelon, and cantaloupe, sweet corn, pork sandwiches, french fries, beef sandwiches, and funnel cake follow. 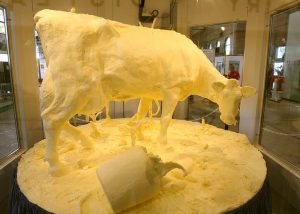 For more than 90 years, Illinois State Fair organizers have featured the Butter Cow; a quarter-ton chunk of butter fashioned into the shape of a cow. The 2017 Butter Cow will be revealed Wednesday, Aug. 9 in the Dairy Building, which also showcases prize-winning milks, cheeses, ice creams and a variety of other dairy products. (Photo courtesy of  Illinois State Fair)

Clark encourages fairgoers to stop by The Shed, another new fair addition, adjacent to the Rising Star Stage, where food growers and agribusinesses, including wineries and breweries, will exhibit and sell regionally-produced products.

“If all households spent $10 of their budget on Illinois products, that would create $47 million in one week for our state’s economy,” Clark said. “We felt it was important to shine a spotlight on some of these great opportunities to support our neighbors.”

To sway people into exploring the 350-acre fairgrounds, Clark said a Game Zone was installed at the Orr Building on the 5th Street side that has free video games and bouncy houses. Admission to the Game Zone is $5 and on Aug. 16, the Chicago Blackhawks will erect an inflatable ring and give demonstrations and prizes.

“Sometimes people focus on one section of the fair; the carnival or the barns or the Grandstand,” Clark explained, “and we would like people to stroll and explore the fairgrounds.”

Among the features are; The Brew Garden, Conservation World, Happy Hallow, Farmer’s Little Helpers and Ethnic Village, a conglomerate of 15 nationalities and two international beer booths serving up the best in international cuisine.

And, as has been so since the 1920s, the committee will display The Butter Cow; a 500-pound chunk of butter carved into the likeness of a cow, and often accompanied by additional sculptures of farmhands and farm animals.

Popular events returning in 2017 are the Twilight Parade on Aug. 10, livestock shows, barrel races, a veteran’s parade, the crowning of the fair queen and the Governor’s Sale of Champions. The official opening day is Aug. 10, but Clark said the Midway rides will likely not open until 4 p.m., after safety inspections are complete. 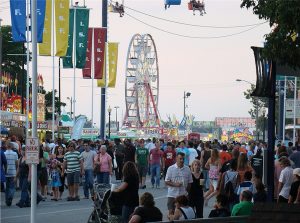 Admission may not be as low as the 25 cents that was first asked of fairgoers when the event first took place in 1835, but it doesn’t cost much more.

Adults pay $10 per day, seniors are charged $3 and kids under 12 are free. On a few days, however, admission is half price.

“More than half of the days of the fair are discount admission days,” Clark said. “The first day is half price, Sunday, the 13th is veterans and gold star family day. Monday is senior citizen and Scout Day. Scouts who dress in uniform get in free and given a discount carnival armband.”

For more information on all of this year’s Illinois State Fair events, attractions, ticket prices and competitions, as well as a comprehensive map, visit the state fair site at www.illinois.gov/statefair. 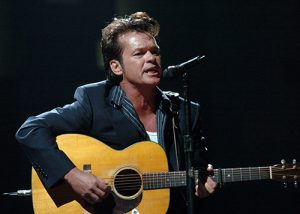 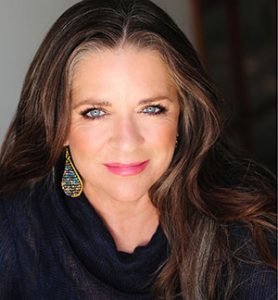